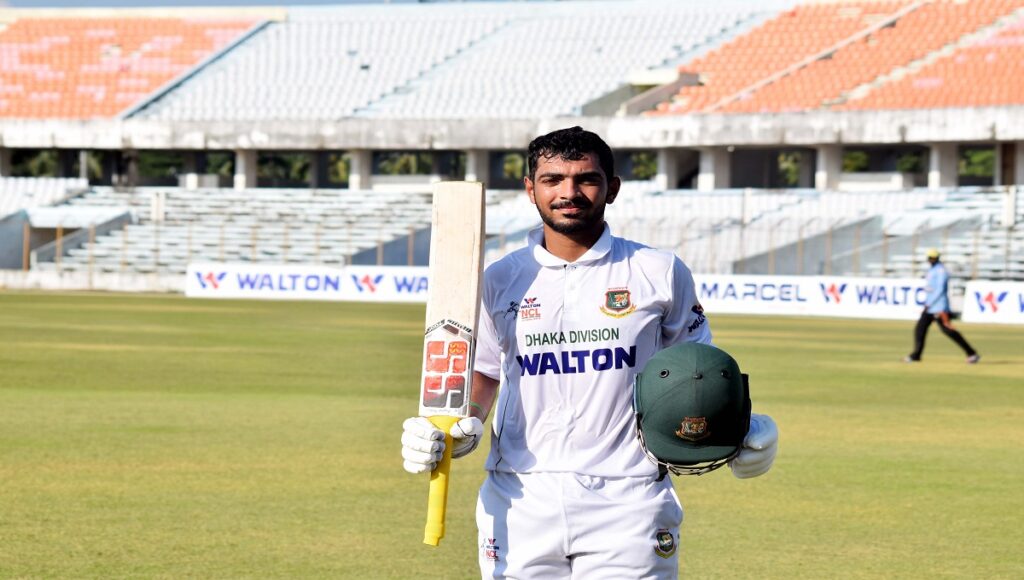 DHAKA —Bangladesh Test opener Saif Hassan has tested positive for coronavirus for the second time even though he has no visible symptoms.

He was tested for the second time, exactly seven days after he had first tested positive for the deadly virus that left the world stranded.

BCB chief physician Dr. Debashis Chowdhury said the batsman has been kept isolated although he has no physical problem or any other symptoms.

“Saif has been under our observation right now. He has no physical problem or any other symptoms. But he has been in isolation for being positive for the second time,” Dr. Chowdhury said here today.

Normally it has taken two weeks to be negative from the coronavirus positive, Dr. Chowdhury said.

“Normally it has taken two weeks to be negative. But still he had been tested. Hopefully he will be okay in the next test.”

The BCB wanted him to start individual training and therefore he was tested.

“If he would have tested negative, we may give him the certificate to start practice again. Basically he had tested so that he can join the practice session,” Dr. Chowdhury added.

Saif made a room in Bangladesh Test squad against India last year on the back of superb performance in domestic cricket but he didn’t make the playing XI that series. He made his debut against Pakistan in Rawalpindi earlier this year and played the one-off Test against Zimbabwe in February as well.

He had the chance to make him available in Sri Lanka series too but the possibility of the three-match Test series was jeopardized for the disagreements over Covid-19 protocols.

The series is scheduled to begin in late October. Sri Lanka however is yet to inform Bangladesh anything after BCB president Nazmul Hassan Papon made it clear that they won’t tour the Island with Sri Lanka’s tough terms and conditions over Covid-19 protocols.BSS