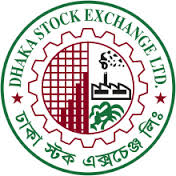 The market started the session on a flat note, but the risk-averse investors immediately rushed for sell offs to avoid any loss that continued till the closer.

Notable selling of shares was reported almost in all the sectors, especially in large-cap that contributed to the fall in indices.

Jute and general insurance sectors, however, enjoyed buoyancy today. But, total turnover, another crucial indicator of the market, dropped below Taka 2.7 billion as some of the investors adopted “wait-and-see” approach.

On the DSE trading floor, a total number of 98,844 trades were executed in today’s trading session with a trading volume of 94.53 million securities.

Losers took a strong lead over the gainers as out of 354 issues traded, 78 securities gained price while 242 declined and 34 remained unchanged.

Most of the sectors witnessed correction today. Among the major sectors based on market capitalization -telecom (-0.6%), bank (-0.5%), fuel and power (-0.7%), pharma (- 0.5%) and textile (-1.6%) sectors witnessed price correction while jute (4.4%) and general insurance (0.1%) sectors achieved price appreciation, according to a market operator, International Leasing Securities.

On the other hand, the port city bourse, Chittagong Stock Exchange (CSE) also closed in red from the winning streak of previous day.