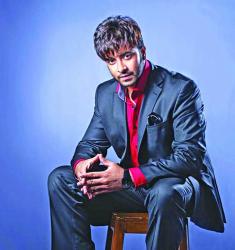 Entertainment Desk
Dhallywood Superstar Shakib Khan is going to produce four films. Names of the films were announced at a signing event at the Zahir Raihan VIP Projection Hall of Bangladesh Film Development Corporation (BFDC) recently .
‘Veer’, ‘Fighter’, ‘Password 2’ and ‘Priyotoma’ are the four films to be directed by renowned filmmakers Kazi Hayat, Badiul Alam Khokon, Malek Afsari and Himel Ashraf respectively. All four films will be produced by Shakib Khan’s production house ‘SK Films’
‘I have seen this movie industry’s ebbs and flows, hence want to stand beside this ailing industry now. I want to change the face of this industry so that we can become a serious contender in the global arena,’ stated Shakib Khan at the signing ceremony. All four directors were present at the signing ceremony too.
The Dhallywood star further claimed, ‘If I wanted I could have organized this signing event without any fanfare, but I went public so that it inspires other producers as well to come forward.’ Earlier, Shakib Khan has produced films such as ‘Hero the Superstar’ and ‘Password’ from SK Films.