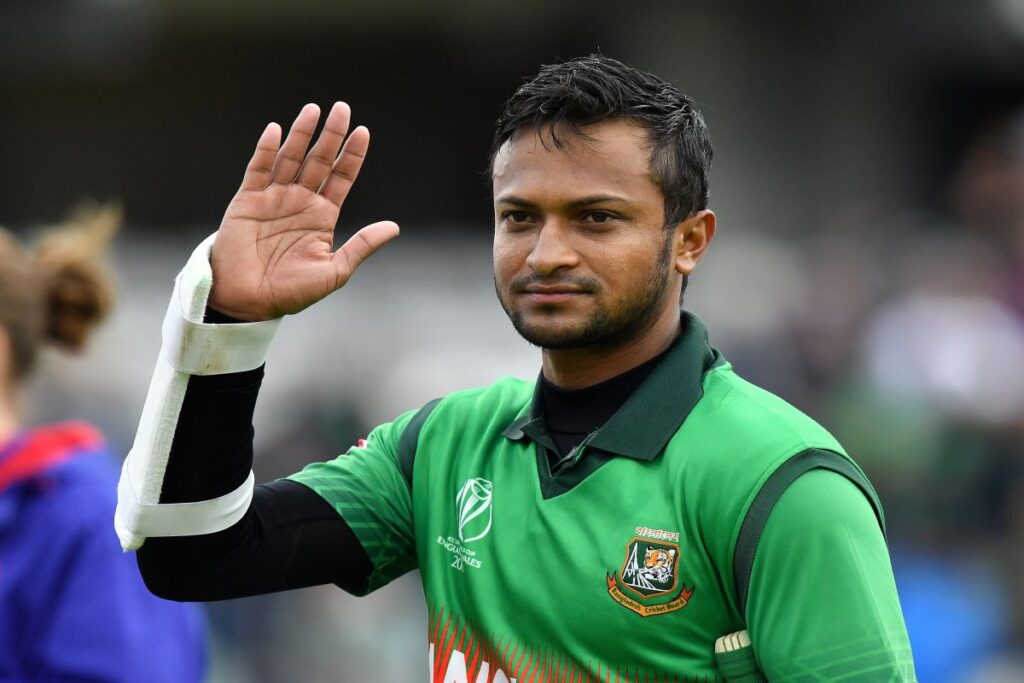 Dhaka, Mar 22 : After an interview that literally rocked the cricketing fraternity of the country, Bangladesh allrounder Shakib Al Hasan is set to get back home from the USA tonight (Bangladesh Time), an official at Bangladesh Cricket Board (BCB) confirmed UNB.Shakib will arrive at Hazrat Shahjalal International Airport, Dhaka through a Qatar Airways flight at 2am on March 23.
Shakib had an interview with Cricfrenzy recently, where he claimed that he never told BCB that he doesn’t want to play Test cricket. But the cricket operation chairman of BCB, Akram Khan, repeatedly said that Shakib is reluctant to play Tests.
“I didn’t mention anywhere in my letter that I’m reluctant to play Tests. I rather mentioned that I want to play IPL so that I can prepare myself better for the World Cup. But Akram bhai repeatedly said that I took this decision to avoid Test cricket,” Shakib added claiming that the board misled the people.
This comment has created chaos among Bangladesh’s cricketing fraternity.
Akram has already said that the board will reconsider its permission to allow Shakib to play in the Indian Premier Leauge (IPL) skipping a tour of the Bangladesh national team to Sri Lanka for a two-match Test series.
It’s not clear why Shakib has decided to return home. None from BCB has commented about it.
But it is understood that Shakib will have to maintain a quarantine period in India before he joins the IPL starting on Apil 9 and this is why he is coming back from USA.
Earlier, Shakib asked for leave to BCB to play this edition of IPL skipping a tour to Sri Lanka. BCB accepted his request and issued him a NOC. But at the same time, Akram and BCB president Nazmul Hasan said that Shakib is not willing to play Test cricket.
Shakib made a comeback to competitive cricket later last year after a one-year-long ban imposed by the ICC. His first domestic event after the ban was Bangabandhu T20 League where he failed to impress. He had to leave the event right before the final as his father-in-law was ill.
Shakib returned to international cricket earlier this year in the home series against West Indies. He became the man of the series in the three-match ODI series. He also played the first Test of the series in Chattogram, but he had to sit out due to an injury, and for the same, he missed the second Test in Dhaka. Shakib is not a part of the Bangladesh team in the ongoing New Zealand series, reports UNB.