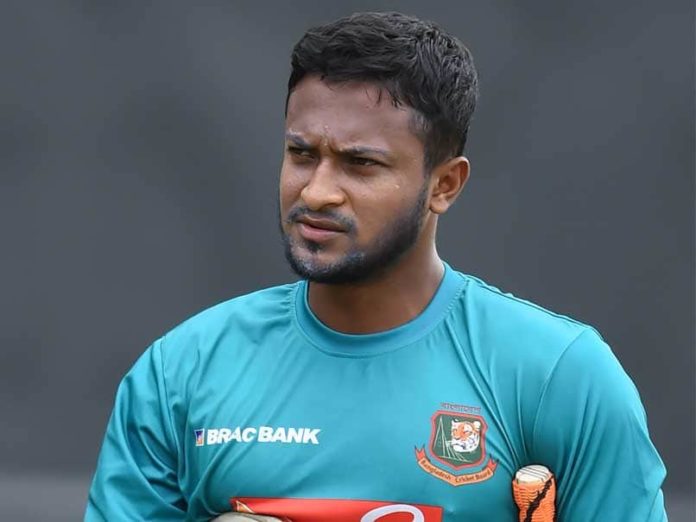 DHAKA – When Mehidy Hasan Miraz took the catch of Kushal Mendis, Shakib was over the moon as it was the 1000 wickets of him in the recognized cricket.

On the same day in the first ODI against Sri Lanka at Sher-e-Bangla National Cricket Stadium, ODI captain Tamim Iqbal also touched a milestone of scoring 14000 runs in International cricket.

Shakib became the second Bangladeshi to take 1000 wickets in recognized cricket after left-arm spinner Abdur Razzak who retired from all forms of cricket a few days ago. Razzak ended the career with 1145 wickets.

Shakib could have touched the milestone earlier. He took the 997th wicket in the first class, List ‘A’ and recognized T20 last January. Then Shakib was out of cricket for a long time due to injury and to be with his wife who was expecting their third child.

Thereafter he played IPL and took two wickets in three matches to take his tally to 999.

He got most of the wickets out of 1000 wickets for the national team. He took 570 wickets in three formats with Bangladesh jersey. England county club Worcestershire (70 wickets), Dhaka Dynamites (58 wickets) in the BPL, in the first class cricket for Khulna (58) and Kolkata Knight Riders (46 wickets) in the IPL are in the top five for which he took wickets alongside with other clubs.

Meanwhile, Tamim was shy of two runs to score 14000 ahead of the match. Tamim, who scored 52 runs in the first ODI against Sri Lanka today, reached 14,000 at the start of batting.