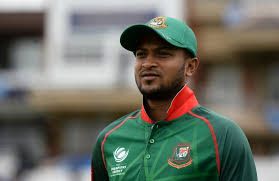 DHAKA — Shakib AL Hasan did not go through the mandatory fitness test despite being scheduled to appear for it today (Monday).

The ace all-rounder’s fitness test to attain the eligibility for the forthcoming Bangabandhu T20 Cup will be held on Wednesday, confirmed the Bangladesh Cricket Board (BCB) trainer Tusher Kanti Howlader.

Basically his fitness test was delayed for two reasons. Firstly, due to the risk of Covid-19 as the SBNCS saw 80 cricketers coming for the Beep Test, a process through which the fitness of the cricketers would be determined.

Secondly, Shakib had his first meeting with national team physio Julian Calefato today (Monday). Like everyone else, Shakib has to go through the proper process. For this, he will work one or two sessions on his fitness with Calefato. Then there will be Shakib’s fitness test.

“Shakib was supposed to appear for a fitness test along with others but those cricketers didn’t undergo any Covid-19 test. So there is a risk. Besides, he also returned after a long absence,” Tusher Kanti Howlader said here today.

“Physio and trainers will monitor his physical condition. This will take some time. So his fitness test will be delayed for two days.”

Shakib is not having any big problems even after the fitness test being delayed. The Players’ Draft of the Bangabandhu T20 Cup on November 12. So it will be known beforehand whether Shakib is fully fit to play.

Earlier Shakib entered the stadium for the first time since serving a one-year ban imposed by the ICC last year. He basically came to his favourite ground exactly after 376 days.BSS