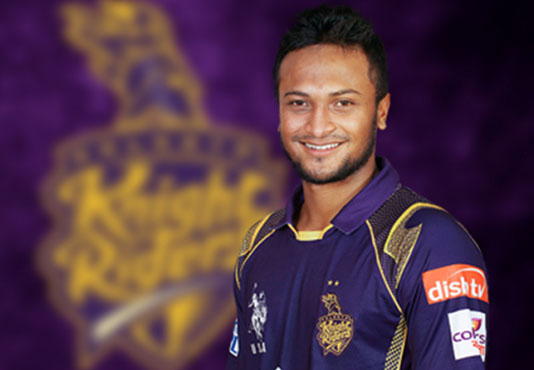 The Bangladesh superstar was chosen ahead of proven performer Sunil Narine but the question is now hovering around whether it was the right decision.

It is clear that even though he has some tight performance in bowling, he is not good in batting, specially for which he edged Narine to make his way for KKR’s first XI.

However, opportunity came his way to do better in batting than in bowling. There was also a chance to win the match. But he squandered that opportunity.

After that performance, the experts started arguing whether Shakib should get another chance in the team.

Shakib won the IPL title for KKR in 2012 and 2014. He was then released and joined Sunrisers Hyderabad in which he played three seasons before missing the 2020 season due to his ICC-imposed ban.

This time KKR recruited the champion cricketer for INR 3.20 crore with an aim to give him a long run as Sunil Narine was not in his top form. KKR management made it clear that Shakib would be their ‘go to’ player in this season and would be considered ahead of Narine.

But after three matches, the stats suggested that he responded with average performance. Although he had a chance to win the match, he could not do it. He started batting in the first match at the very end. There was nothing to do. He made 3 runs off 5 balls in that match and finished bowling with 34 runs in 4 overs.

In the second match in Chennai against Mumbai Indians, he got the wicket he wanted. He took 1 wicket for 23 runs in 4 overs.

It was a slow wicket and the ball was turning. There was no opportunity to play shots at all. Such a wicket is also ideal for Shakib as he is used to playing this wicket in Bangladesh. But when Kolkata needed 31 runs from 29 balls, the left-arm batsman threw away his wicket by top-edging Krunal Pandya at mid-wicket. The manner in which he was dismissed was considered as crime by some of the former cricketers, who thought that Shakib should win this match by his own because he is used to play in this wicket in Bangladesh

KKR and Shakib had a bad day in the last match against Royal Challengers Bengaluru (RCB) on Sunday. KKR skipper Eoin Morgan did not dare to bowl the left-arm spinner for more than two overs. Shakib gave 24 runs in 2 overs after which his batting could fulfil the demand of the team.

Although he was at the crease for a long time, he could not meet the demand of the time. When he was bowled by Kyle Jamieson, he scored 26 off 25 balls next to his name.

In the meantime, many have questioned why Narin is not being played instead of Shakib. Especially commentator Akash Chopra wants to see Narine in Shakib’s place in the next match in KKR. Another commentator Ian Bishop also did not put Shakib in his best XI.BSS