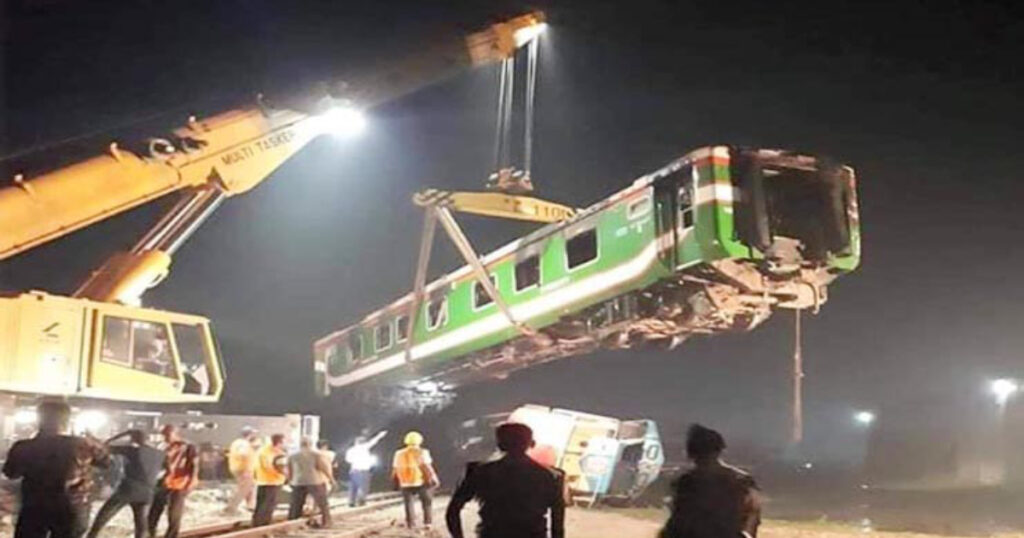 Dhaka, Nov 15- Railways Minister Md Nurul Islam Sujan on Friday said it is suspicious how fire from the locomotive spread to air-conditioned compartments immediately after the accident.
The authorities are investigating whether there was an act of sabotage, he said after visiting Ullapara Railway Station. Seven compartments of Rangpur Express derailed and three of the coaches caught fire on Thursday noon. Dhaka’s rail communications with the north and southern regions were restored after about seven hours.
The minister said several committees were formed to uncover the reason behind the accident.
“As far as I know, the signalling system was perfect here. Strict action will be taken against those responsible for the accident,” he added.
The minister said the government plans to repair several dilapidated bridges in the area.
Railways Secretary Md Mofazzel Hossain, Additional Secretary Farukuzzaman, Railways’ west zone General Manager Mihir Kanti Bhoumik, among others, were present during the visit. – UNB