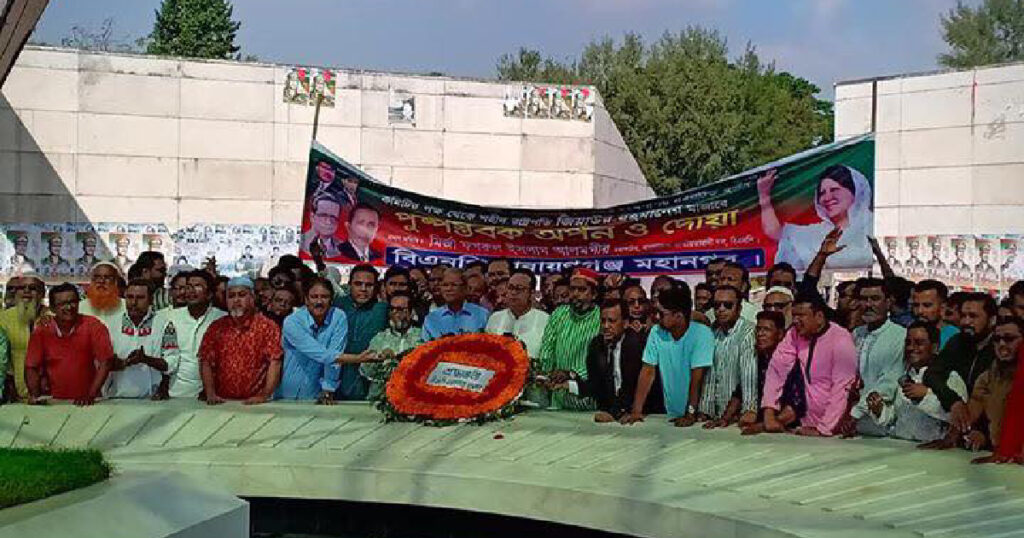 “The Information Minister is demonstrating his creativity by crafting new stories. The current situation is not conducive to joining Awami League from BNP. But an atmosphere has been created for Awami League leaders to join BNP,” he said.

Fakhrul came up with the comments while talking to reporters after placing wreaths at BNP founder Ziaur Rahman’s grave along with leaders and activists of the party’s Narayanganj city unit.

On Tuesday, the Information Minister told journalists at the Secretariat that many BNP leaders are thinking of quitting the party and contacting Awami League leaders at different levels.

Fakhrul said Awami League has proved through its activities that it has now become bankrupt as a political party. “They snatched people’s rights, including voting one, and destroyed all the democratic institutions. They’re now working to turn Bangladesh into a failed state.”

The BNP leader regretted that though once BNP and Awami League struggled against late HM Ershad’s autocratic rule, the party formed the government along with that autocrat and took it to parliament through ‘vote rigging’.

“Their secretary general (Moshiur Rahman Ranga) a few days back badly attacked democracy. What he said against our beloved Noor Hossain, a symbol of the anti-autocratic movement, is completely devoid of political etiquette,” he said.

Fakhrul also observed that Ranga insulted the democratic movement and the pro-democratic people with his comments. “We strongly condemn his comments. We think he should apologise publicly and in Parliament.”

Jatiya Party Secretary General Mashiur Rahman Ranga at a discussion on Sunday said, “Who was Noor Hossain? An addict… a Yaba abuser, a Phensedyl abuser! Two democratic parties — Awami League and BNP — are overenthusiastic about him. This day is observed as Noor Hossain Day!”

About the ruling party leaders’ comment that BNP is facing intra-party conflict, Fakhrul said Awami Leaders are making such remarks as they themselves are being failed to handle their own party.

“Their party men are engaging in fight with each other and vandalism at the councils of their Jubo League and Swechchasebak League. So, they’re unnecessarily resorting to such lies to hide their imminent fall,” he said.

The BNP leader said they will intensify their movement for having their chairperson Khaleda Zia freed from jail.