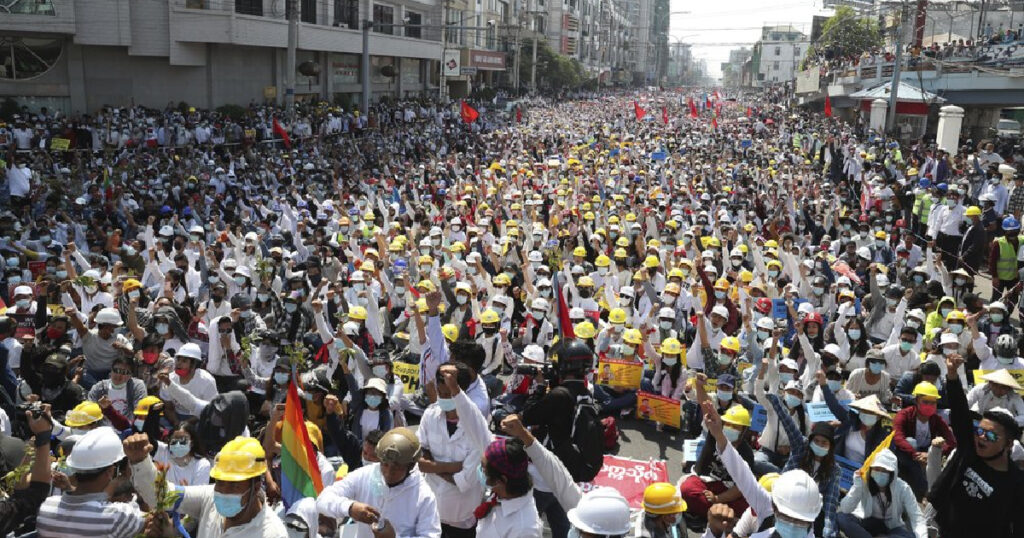 Refugees International Senior Advocate for Human Rights Daniel P. Sullivan has in a statement on Friday expressed solidarity with the Myanmar people and urged all countries to demand that the military ends assault on civilians, releases all those detained and pursued a democratic path respectful of the rights of minorities.“More than a month into the military coup in Myanmar the UN Security Council met today for just the second time on the crisis. Dozens of civilians have been killed and more than 1,700 arrested. While the people of Myanmar continue to protest en masse, risking their lives, the international community has been unable to unify in even calling the violence what it is.
It is time for the United States and like-minded countries to show true solidarity with the people of Myanmar and move forward with further targeted sanctions, bilateral arms embargoes, and support for international accountability.
The blatant killing of peaceful protestors highlights the rising dangers of further atrocities committed by the very same military that carried out genocide against the Rohingya people. The junta’s actions have also exacerbated the already trying conditions of hundreds of thousands of displaced people in the country and disrupted the provision of life-saving aid.
Refugees International continues to stand with the people of Myanmar and urges all countries to demand that the military cease its assault on civilians, release those detained, and pursue a democratic path that respects the rights of all minority communities,” says a press release