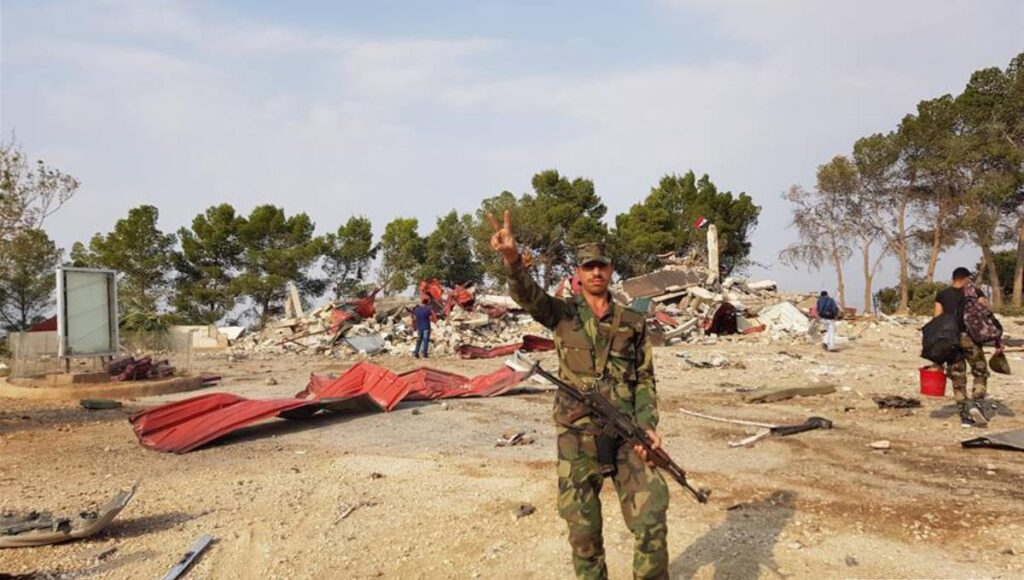 The Syrian army on Saturday captured a previous U.S.-run base in the northeastern province of Hasakah, as part of an ongoing military deployment in Kurdish-held areas in northern Syria, a military official said.The army captured the former U.S. base in the village of Qasr Yalda in the western countryside of Hasakah province, said the official on condition of anonymity.
“In this area, there was a U.S. military base, and with our efforts and the Syrian army’s determination, we will dislodge all U.S. forces and all other foreign aggressors from our Syrian territories,” the source told Xinhua.
The U.S.-led coalition created the base in late 2015 to train the Kurdish-led Syrian Democratic Force (SDF) due to its strategic location between the village of Tall Tamr and the city of Ras al-Ayn near the main road connecting Hasakah with Aleppo province.
The Syrian army entered the town as part of a recent deployment in nearby areas to secure the Hasakah-Aleppo road.
State news agency SANA also confirmed the army’s entry to the village, saying the army is deployed in Qasr Yalda, where the U.S.-led coalition ran a military base.
SANA also said that the United States has destroyed a radar base ahead of its withdrawal from the facility in Hasakah. It added that the United States, in general, was destroying military bases it used to run in Hasakah ahead of its pullout.
It is worth noting that the United States has started withdrawing from areas in northeastern Syria since Turkey launched a military campaign against the U.S.-backed Kurdish forces in that region on Oct. 9.
In tandem with the Turkish assault, the Kurdish-led SDF and the Syrian army reached a deal under a Russian mediation earlier this week for the army to assume certain Kurdish-held areas to counter the Turkish attack.
The Kurdish forces have found themselves in an unpleasant situation with the Turkish attack.
The United States and Turkey on Oct. 17 reached an agreement on imposing a five-day truce to build a safe zone in northern Syria, where the Turkish forces had been fighting against the Kurdish militia.
On Friday, Kurdish forces urged the United States and international organizations, such as the United Nations and Arab League, to send observers to monitor the truce, reports Xinhua, Damascus.