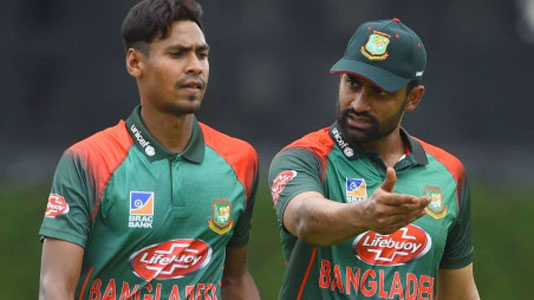 DHAKA—Bangladesh ODI skipper Tamim Iqbal and fast bowler Mustafizur Rahman will start the individual training tomorrow along with others as the third phase of the programme begins tomorrow (Sunday) at seven venues across the country.

Tamim and Mustafizur, who returned to Dhaka last week from Satkhira will start their practice at the Sher-e-Bangla National Cricket Stadium. Along with them, youngster Afif Hossain will also join for the first time in the programme, arranged by the Bangladesh Cricket Board (BCB) in accordance with standard health protocol.

The first phase of the individual training programme was held on July 19-27 while the second phase was from August 8-13. The BCB was initially reluctant to prepare a roadmap for individual training due to the players’ health issue in aspect of the spread of the deadly virus despite the fact some of the other cricketing nations already began it in their respective countries.

But after a virtual meeting with 35 players, the board decided to begin the individual training.BSS