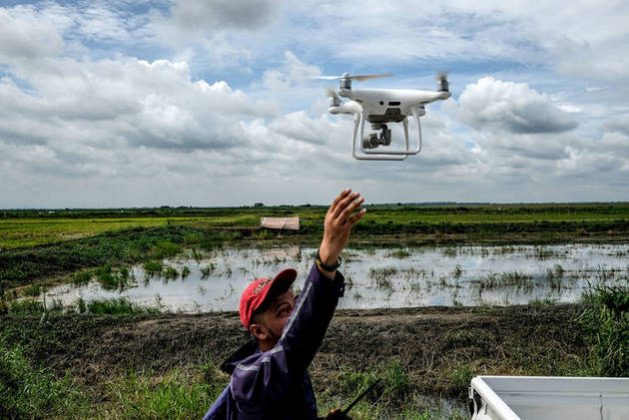 By Mario Lubetkin
ROME, Mar 8 2021 (IPS) – One year after the call for a group of international and religious organizations and important multinational companies to incorporate ethics into the design of artificial intelligence (AI), Pope Francis said in a tweet: “I hope that more and more people of good will cooperate in the promotion of the common good, the protection of those lagging behind and the development of a shared algor-ethics”.The message of the Catholic pontiff, on 28 February, was related to the Call of Rome, which seeks to actively incorporate ethics in artificial intelligence based on a transparent, inclusive, socially advantageous and responsible process.
The document, “Rome Call for Artificial Intelligence Ethics”, was launched on 28 February 2020 by the Pontifical Academy for Life, the Food and Agriculture Organization of the United Nations (FAO), Microsoft and IBM, with the endorsement of the Italian government.
For Monsignor Vincenzo Paglia, president of the Pontifical Academy for Life, progress can create a better world “if it is linked to the common good.” “The depth and acceleration of the transformations of the digital age create new and constantly evolving problems” and “the complexity of the technological world demands an ethical and articulated collaboration to achieve better influence.”
According to Paglia, it is necessary to build a new alliance between research, science and ethics “to build a world in which technology is in favor of the people” because “without equitable and just development” there can be no justice or peace.
The Rome Call invites governments, institutions and the private sector to adopt a common responsibility in order to ensure that digital innovation and technological progress are at the service of human creativity.
The strong increase in digitization and the renewed efforts for greater innovation improved substantially in 2020. This acceleration was a result of COVID-19 and the consequent new digital and online forms of interaction on a global level.
The Director General of FAO, QU Dongyu, recalled that by 2050 the world will have to feed 10 billion people and that this will be possible “only with transformed agri-food systems that are inclusive, resilient and sustainable”; therefore, artificial intelligence in food and agriculture “plays a key role in this transformation and in achieving the food objectives for all.”
QU recalled that FAO seeks the promotion of ethics in artificial intelligence “for better production, better nutrition, a better environment and a better life.”
The expanding support for the Rome Call is being sought through various means. These means include; opening channels of dialogue with the different monotheistic religions to identity a convergence in which technology can be used at the service of humanity; active action from parliamentarians and local administrators in different parts of the world; as well as by the growing support from private companies, especially technological ones.
For Microsoft’s President Brad Smith, this common effort aims to ensure that technology continues to serve humanity. He stated that “[a]s we recover from COVID-19, the Rome Call is an important instrument to reflect broadly and ethically on the future of technology” within the framework “of a balanced, respectful and inclusive dialogue on the interaction between the artificial intelligence technology and society”.
Similarly, the Vice President of IBM, Dario Gil, called for strengthening the capacity of artificial intelligence to “transform our lives and societies in many ways,” but for this, artificial intelligence must be developed, expanded and used “in a more responsible way to prevent negative results.”
Gil recalled that in his company this is applied through specific protocols, risk assessment, reliable methodologies for the development of artificial intelligence, training initiatives, innovation analysis, as well as through mechanisms designed to help other companies to strengthen their artificial intelligence.
To summarize the spirit that allowed the creation and promotion of this original global alliance on the issue of the development of digitization and innovation, Monsignor Paglia recalled that “we are not an island, we are not pulverized or divided, we are a single body, a unique family, in good and evil” and for that, common action is essential.
(Mario Lubetkin is Assistant Director General at the Food and Agriculture Organization of the United Nations (FAO)