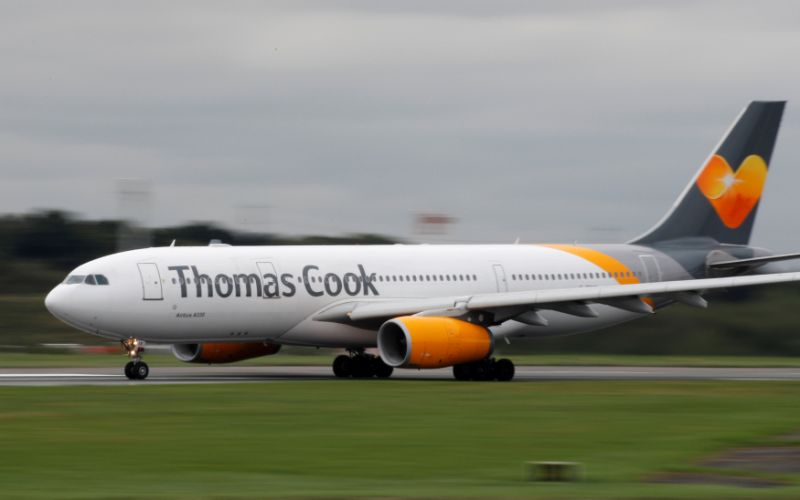 Lianna Brinded, Head of Yahoo Finance UK
23 September 2019 – Major travel operator Thomas Cook (TCG.L) has finally collapsed after months of trying to seal bailout cash from Chinese conglomerate Fosun as well as from a number of other firms.
It has immediately ceased to trade, leading to 150,000 UK holidaymakers stranded abroad and the biggest ever peacetime repatriation of British people.“Thomas Cook’s collapse is very sad news for staff and holidaymakers. The government and UK CAA is working round the clock to help people. Our contingency planning has helped acquire planes from across the world – some from as far away as Malaysia – and we have put hundreds of people in call centres and at airports,” said transport secretary, Grant Shapps.
“But the task is enormous, the biggest peacetime repatriation in UK history. So, there are bound to be problems and delays. Please try to be understanding with the staff who are trying to assist in what is likely to be a very difficult time for them as well.”
Thomas Cook said in a statement on Monday that the group failed to secure more cash it needed to stay alive and now the firm has entered compulsory liquidation.
“Although a deal had been largely agreed, an additional facility requested in the last few days of negotiations presented a challenge that ultimately proved insurmountable,” said Peter Fankhauser, CEO of Thomas Cook.
READ MORE: What holidaymakers should do since Thomas Cook collapsed
The UK Civil Aviation Authority (CAA) confirmed Thomas Cook has “ceased trading with immediate effect. Fankhauser also apologised to “our millions of customers, and thousands of employees, suppliers and partners who have supported us for many years.”
“Despite huge uncertainty over recent weeks, our teams continued to put customers first, showing why Thomas Cook is one of the best-loved brands in travel,” he added.
The collapse of the tour operator has put 22,000 jobs from around the world at risk, of which 9,000 are in the UK.
Where it went wrong
Thomas Cook has encountered a range of issues over the last year, leading to job cuts and store closures. The travel group also put its airline business up for sale after a heat-wave in northern Europe last summer put holidaymakers off last-minute deals.
This led to a number of profit warnings. Thomas Cook warned earlier this year that the European travel market has become “progressively more challenging,” which has led to a dent in its finances and has made it difficult to sell its tour business. This is when it entered talks with banks and Fosun – its largest shareholder.
Meanwhile, it ran up debts of £1.2bn and made a first-half loss of £1.5bn as it battled a weak bookings market and asset writedowns and faced a cash crunch.
Although it agreed to an emergency takeover in August, in which it agreed to sell the majority of its tour operator business and a stake in its airline business to Fosun, it begged for another £200m in the last few days to help save the business. It was unsuccessful.
What are holidaymakers rights and what should they do?
The Department for Transport (DfT) said that all Thomas Cook customers who are booked to return to the UK over the next two weeks will be brought home “as close as possible” to when their original booked return date.
The CAA has all the information here on details of each flight.
The ATOL scheme also covers those who booked package holidays — it will pay for your accommodation abroad and your flight home if the airline has ceased operating. It will also refund you for your holiday if it is booked for in the future.
However, if you have only booked a flight, you will have to speak to your credit or debit card company to gain a refund.
The UK government also has a dedicated website for all affected holidaymakers.- 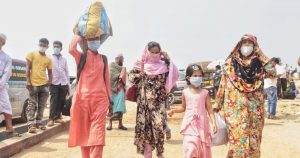 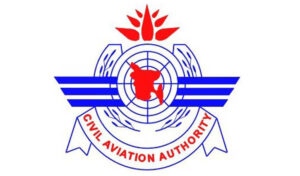