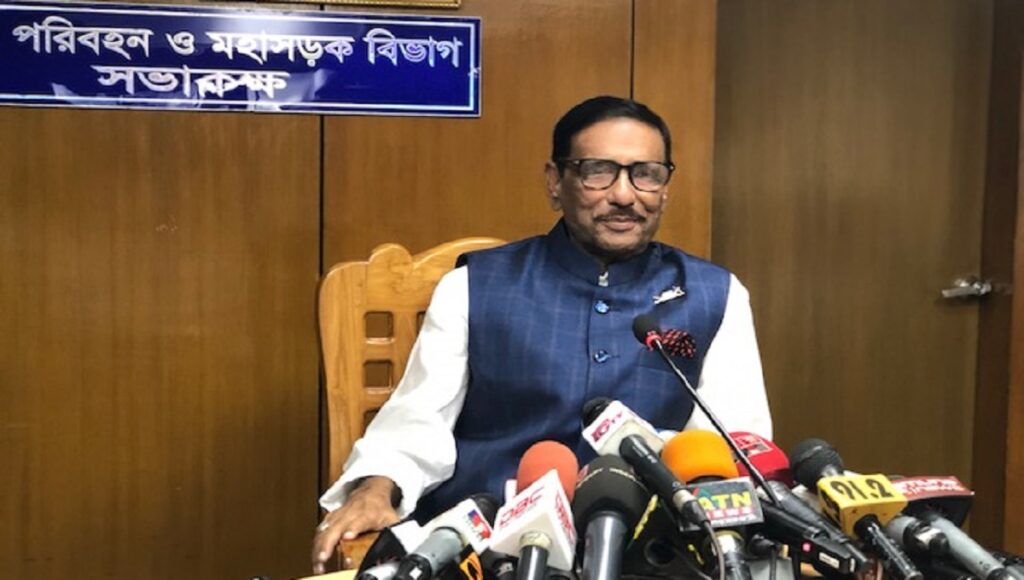 Awami League general secretary Obaidul Quader on Thursday said that the report published by the Transparency International, Bangladesh (TIB) on parliamentary activities is not based on reliable information.

He said this in response to a question after the formal inauguration of upward extension of Setu Bhaban in the capital this morning.

TIB in its report observed that the absolute majority of the ruling party ensured through parliamentary elections intensified their exercise of monopoly power in parliamentary activities.

The scope for discussion in Parliament on the implementation of SDGs and objectives is not yet satisfactory, it said.

Obaidul Quader said that although the number of the members of the opposition parties is less, they are being given enough time and are taking part in all the parliament activities.

He said it was not the responsibility of parliament if the opposition parties fail to increase parliamentary seats with people’s votes.

The general secretary of the Awami League said that some of the MPs are lawyers, doctors and some are involved in business, they have come to parliament with the trust and support of people and are taking part in various development activities, it is not a crime.

Obaidul Quader said that it is their regular allegation that the BNP candidates are being intimidated in the by-elections.

The Minister directed the concerned to complete the work of the project within the stipulated time. Mohammad Belayet Hossain, secretary to the Bridges Division under the Road Transport and Bridges Ministry was also present in the meeting.