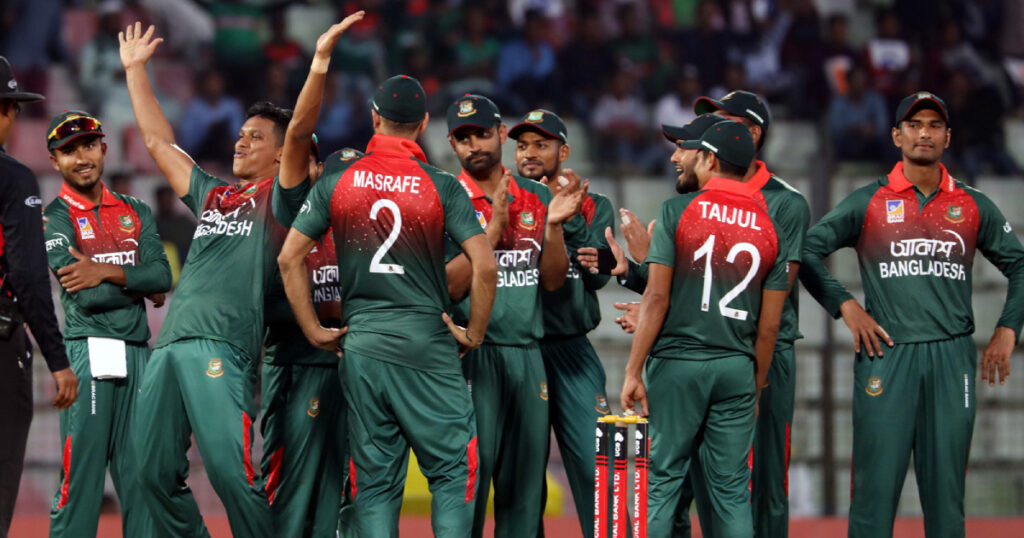 The Tigers will train at Lincoln Green in Christchurch in groups of seven, the Bangladesh Cricket Board (BCB) media said in a message.

The BCB also informed that the players in red and green did a gym session today for the first time after arriving in New Zealand.

Meanwhile, the players went through the third of Covid-19 test in the tour in which all of them returned negative. Basically after returning negative, they were allowed to do a gym session.

The fourth and final Covid-19 test will be conducted on the 12th day of the tour. However, their small group practice session will continue till the 14th day of the quarantine, the BCB chief physician Dr. Debashis Chowdhury said
here today. He said each group will get two hours of practice as per the rules set by the New Zealand Cricket.

“Our third phase of Covid-19 test is over and everyone returned negative,” Dr. Chowdhury said.

“Today our players allowed to use the gym as they became negative in the test. We’ll be able to start practicing from tomorrow. However, not all together, we will be divided into groups. That’s why we have divided our entire team into four groups. We’re allowed to stay out for three hours including two hours of practice. We have to practice like this here till the 14th day of quarantine,” he added.

Bangladesh will play the first ODI against New Zealand on March 20 at University of Otago in Dunedin. The second ODI is on March 23 at Hagley Oval in Christchurch and the third ODI is at Basin Reserve in Wellington on March
26. The first and third ODI will start at 4 am (Bangladesh Time) and the second one will begin at Bangladesh Time 7 am.