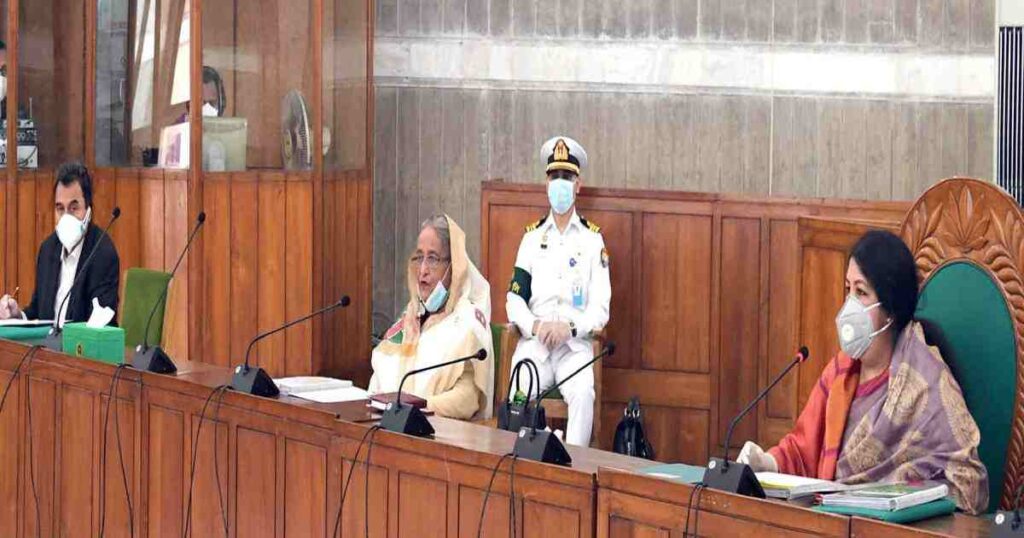 The Parliament Secretariat Commission on Monday approved a Tk 335.34 crore budget for Parliament to spend on its development and non-development expenditures for the next fiscal year (2020-21).

The approval was given at the 31th meeting of the Commission held at the Jatiya Sangsad Bhaban with Speaker Dr Shirin Sharmin Chaudhury in the chair.

The budget is 3.88 percent higher than that of the outgoing fiscal year of 2019-20, said a Parliament Secretariat handout.

The meeting elaborately discussed deployment of two double cabin pick-up vans for the police protection of the deputy speaker and the chief whip, inducting one ambulance received from the Health Directorate in the TO&E and creating 11 new posts in different divisions under the Parliament Secretariat.

Besides, the Commission recommended amendment to Parliament Secretariat Officer and Employee Recruitment Rules 1994, approved supplying of 40 inch LED televisions instead of 21 inch in the offices of the chairmen of different parliamentary standing committees.

It also recommended the increase in per head allocation and number for snacks of coordination meeting of Parliament Secretariat and session preparation meeting, strengthening security for the Parliament Bhaban , its repairing and overall development.

In the beginning of the meeting, it discussed the implementation progress of the decisions taken at the 30th Commission meeting.