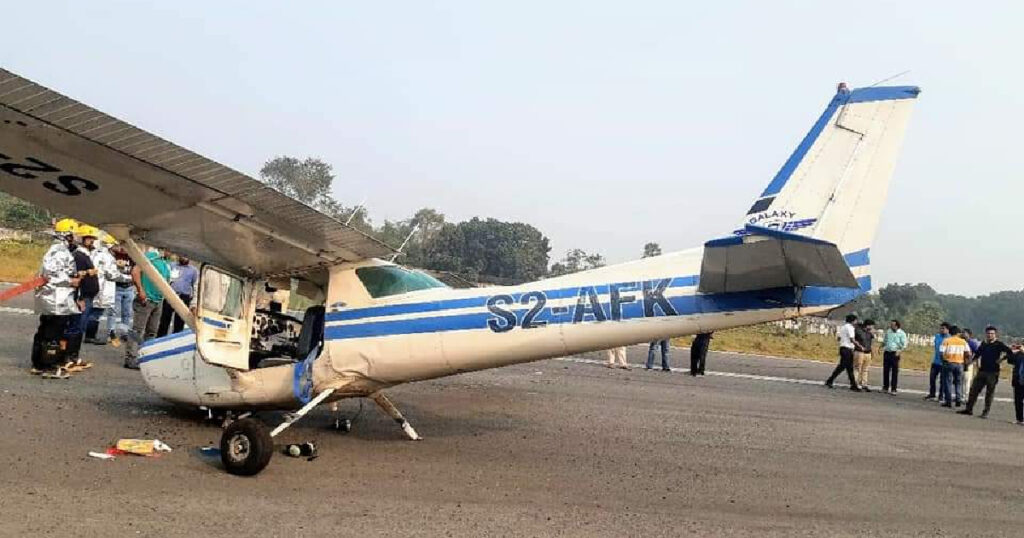 Rajshahi, Jan 9 – A training aircraft’s landing gear (wheels) split open forcing it to crash land during a training session at Rajshahi Shah Makhdum Airport on Saturday. All 3 crews including the trainer were unharmed.

Rajshahi airport police station’s officer-in-charge Nurul Amin said the S2-AFK training aircraft of Galaxy Flying Academy broke its rear wheel while landing in the middle of the runway. While trying to take off again it nosedived and broke the nose wheel too.
Police said Galaxy Flying Academy’s chief flying trainer Captain Mashiur Rahman was flying the plane himself. Trainee Raihan Gafur and another crew were onboard. Three of them barely survived the accident unharmed. – UNB