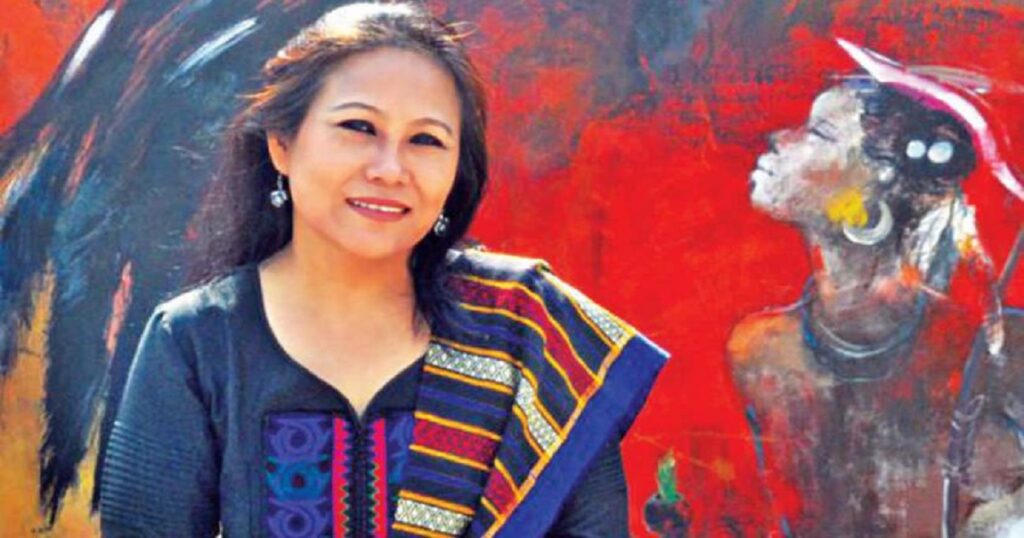 The exhibition was inaugurated on Saturday by former Adviser to the Caretaker Government of Bangladesh Rokeya Afzal Rahman. Renowned art critic Professor Moinuddin Khaled and founder trustee of The Edge Foundation, Iftekhar A Khan- were also present at the inauguration, among others.

“Portraying the lifestyles and rich culture of six prominent indigenous communities of Bangladesh- Chakma, Marma, Garo, Mrong, Tongchonga and Santal- this exclusive exhibition is an outcome of my three-year research,” Kanak Chanpa revealed at the inauguration.

“My source of inspiration is the daily life of our indigenous people and the natural beauty of our lands. The vivid colors of our indigenous attires, the hills, forests, ‘jhum’ cultivation, pristine blue waterfalls, dance and music; in other words, anything that defines life in the hilly areas of Bangladesh can mesmerize any journeyman. Such lyrics and melodies will remain long after the traveller has gone, if only we care to listen- and I wanted to portray these feelings in this exhibition,” she further explained.

Fifty artworks, in oil, acrylic and collage, are being showcased in this exclusive exhibition with the exclusive focus on shades such as vermillion reds, cerulean blues and saffron yellows.

Kanak’s paintings have been featured in over 100 exhibitions both at home and abroad, including Australia, India, the United States, Germany, France and England. Under her supervision, ‘Bangladesh Ethnic Artist Forum’ has been inaugurated with the participation of all the ethnic communities in Bangladesh focusing on conducting research, art camps, art exhibitions and workshops.

The exhibition is open for all till November 30, every day from 10 am to 8 pm at Edge Gallery, Bay’s Edgewater, on the edge of Gulshan Lake (thus the name) as one heads towards Baridhara from the Gulshan-2 circle.