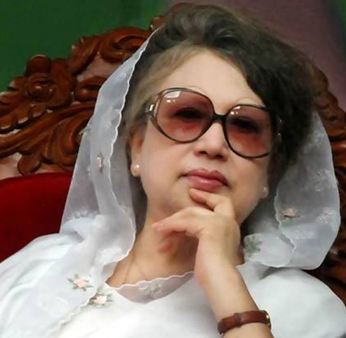 A white tick mark within a blue circle is now seen next to the name on the account, @BegumZiaBd, indicating that it is an authentic account. The account has 26.3 thousand followers until 7pm on Wednesday.
The BNP chief opened the Twitter account and an official fan page on Facebook on September 1 last years. The same day she twitted a message, marking her party’s 38th founding anniversary.
Khaleda has so far twitted 99 messages since the launching of the account. -UNB