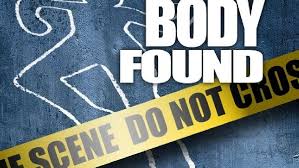 Bodies of an unidentified woman and a youth were recovered from Magura’s Mohammadpur upazila and Sylhet’s Goainghat on Friday and Saturday.In Magura, a woman’s decomposed body was recovered from Ichhamati wetland area in Mohammadpur upazila at 7am on Saturday.
Tarak Nath Biswas, officer-in-charge of Mohammadpur Police Station, said they recovered the body from a bush in the area after being informed by locals.
A case was filed. The body was sent to Magura Sadar Hospital morgue for autopsy, the OC added.
In Sylhet, police recovered the body of Hossain Mia, 28, son of Abdul Goni Mia of Noyagangerpar village in Goainhat upazila on Friday, four months after he had gone missing.
Md Abdul Ahad, officer-in-charge of Goainghat Police Station, said after being informed by locals, they retrieved the floating body of Hossain around 12:30pm on Friday.
A case was filed and the body was sent to Sylhet MAG Osmani Medical College Hospital for autopsy, OC added.
Family sources said Hossain had gone missing on July 10, reports UNB.