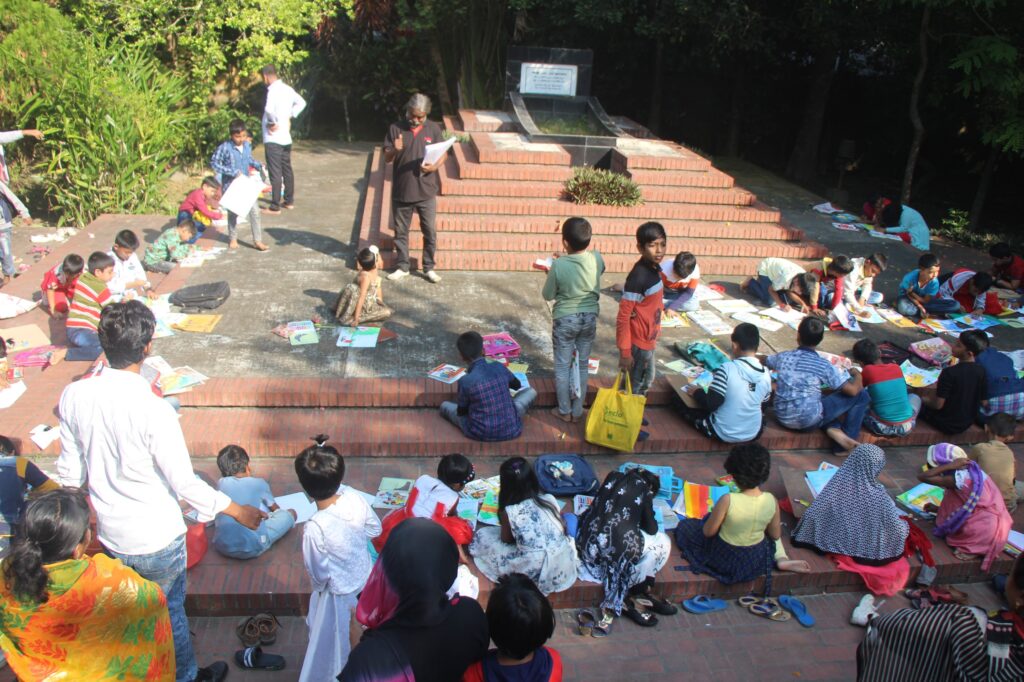 NARAIL, NOVEMBER 30, 2019 – A Two-day-long SM Sultan Utsab-2019 began amid festivity at the Zila Shilpakala Academy premises in Rupganj on Saturday. The festival started with a children’s art competition at 8am.

Meanwhile art works of artists with special needs were exhibited in the festival.
The festival featuring art competition, Folk song performance, poetry recitation, and a documentary film screening on SM Sultan’s life and work will be arranged on the first day of the programme.

On the second day, a discussion programme and cultural functions will be held on the open stage at the Zila Shiplakala Academy.
An acrobatic show will be held on the second day.
Sheikh Mohammed Sultan, popularly known as SM Sultan, was born August 10, 1923.
He was awarded Ekushey Padak in 1982, the Bangladesh Charu Shilpi Sangsad Award in 1986 and the Independence Day Award in 1993. – UNB