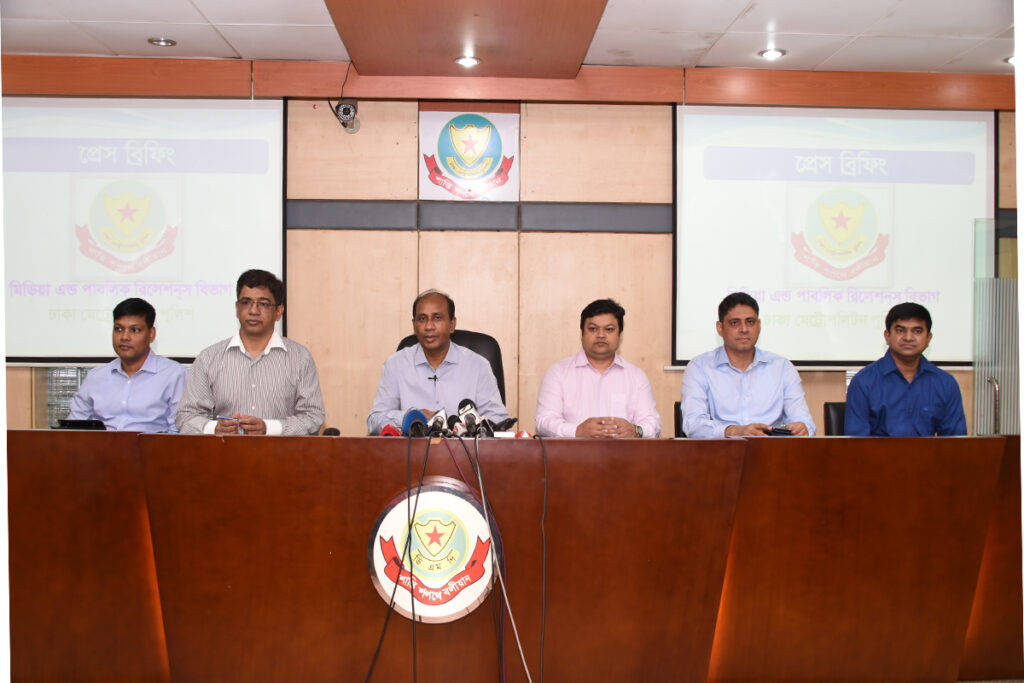 The Counter Terrorism and Transnational Crime (CTTC) unit arrested two suspected members of ‘Neo JMB’ from Mohammadpur on Sunday over attacks on police at Science Lab and Gulistan. The arrestees are Md Mehedi Hasan Tamim and Md Abdullah Azmir.
Tipped-off, a team of CTTC arrested them from Mohammadpur at 8:15pm, CTTC chief Monirul Islam told reporters at DMP media centre.
Mehedi and Abdullah studied Mechanical Engineering at Khulna University of Engineering and Technology (KUET) where they got involved with banned ‘Neo JMB’. They received training in the remote shoals of Bhola in February last year, said Monirul.
The duo joined an armed unit of the group on September 23 this year under the leadership of Jamal Uddin Rafiq, younger brother of Farid Uddin Rumi, who was arrested from Narayanganj, according to Monirul.
They set up a bomb factory at Rafiq’s house in Fatullah.
Mehedi and Abdullah admitted to being directly involved in Gulistan attack on April 29 and Science Lab attack on August 31, Monirul said.
They also helped their friend Rafiq make bombs used in Malibagh, Paltan and Khamarbari attacks, said the CTTC chief.
Two policemen were injured when a crude bomb exploded near Science Laboratory crossing in the city on August 31. Both of them were members of the protection team of LGRD Minister Tazul Islam.
Five people, including three traffic policemen, were injured in separate incidents of crude bomb explosion in the city’s Malibagh and Gulistan areas on April 29 and May 26 respectively, reports UNB.