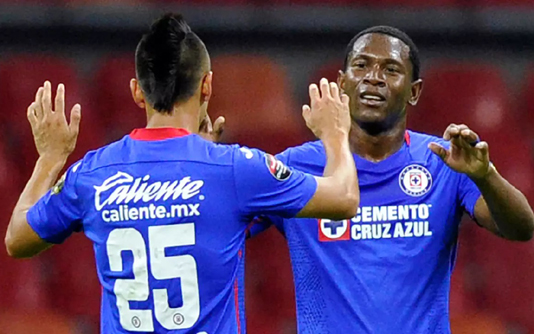 LOS ANGELES – Philadelphia Union reached the semi-finals of the CONCACAF Champions League for the first time on Tuesday, drawing 1-1 with Atlanta United to wrap up a comfortable 4-1 aggregate victory.

Union, who had taken a commanding 3-0 lead following their first leg victory in Atlanta last week, secured a draw on the night in Tuesday’s second leg with Kacper Przybylko’s 88th-minute strike.

Przybylko — who bagged two goals in the first leg — was once again on hand to round off a sweeping Philadelphia counter-attack, thumping a close range finish high into the net two minutes from time.

Atlanta had raised hopes of an improbable comeback after Argentine striker Santiago Sosa scored in first-half stoppage time to give the visitors the lead at Subaru Park.

But that goal was as good as it got for Atlanta, as Philadelphia dominated for long periods in the second half before finally grabbing an equalizer through Przybylko in the closing minutes.

Philadelphia will play either Portland Timbers or Mexican giants Club America in the semi-finals.

Portland and America met in Mexico City on Tuesday, with the tie finely balanced after a 1-1 draw in the opening leg in Oregon last week.

In the other half of the draw on Tuesday, Mexico’s Cruz Azul advanced safely to the semi-finals with a 1-0 win over Toronto FC at Mexico’s City’s famous Azteca Stadium.

Cruz Azul had all but assured themselves of a place in the semi-finals after a 3-1 win in the first leg in Florida last week, where Toronto are based this season because of Covid-19 travel restrictions.

The six-time CONCACAF club champions took the lead with a superb goal from Ecuadorian striker Bryan Angulo, who lashed in a 30-yard volley that looped over Toronto goalkeeper Alex Bono on 27 minutes.

Cruz Azul will play either fellow Liga-MX side Monterrey or MLS champions Columbus Crew in the last four.

Crew travel to Monterrey on Wednesday facing a battle to advance after a 2-2 first leg draw in Ohio last week.

Mexican clubs are looking to extend a long reign of dominance in the CONCACAF Champions League, having won the tournament for the past 15 years running. The last MLS side to lift the title was Los Angeles Galaxy in 2000.

The CONCACAF Champions League is the most important club competition for teams from North America, Central America and the Caribbean, with the winners advancing to the FIFA Club World Cup.BSS/AFP