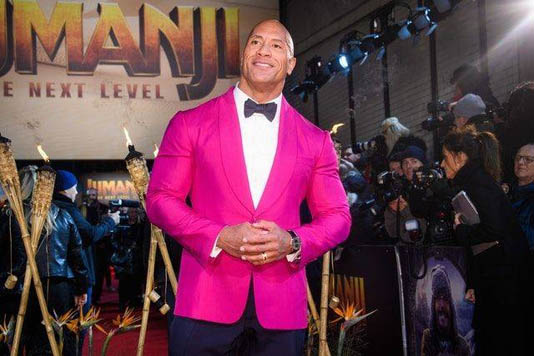 US group Blackhall Studios on Wednesday said it planned to build new film studios west of London, creating more than 3,000 jobs.Blackhall president Nick Smith said initial investment of o150 million ($195 million, 180 million euros) into the UK economy “will create a new powerhouse of creative production and educational achievement, as well as generating up to 3,000 new jobs”.
“Britain has an enviable array of filmmaking talent, but the industry is short of high-quality studio facilities capable of catering for the new and emerging technologies that will form the core of television and film production in the future,” he said.
Atlanta-based Blackhall, producer of current box office hit “Jumanji: The Next Level”, said it hoped the studios would be built in around two years on the site of Thames Valley Science Park that is owned by the University of Reading.
“We are delighted to be talking to Blackhall Studios, whose proposals would build a whole creative hub at Thames Valley Science Park,” said Sam Foley, chief financial officer of the University of Reading.
The joint statement said that “the studios will be developed to the highest environmental standards”.
The announcement comes two months after US-owned broadcasting group Sky launched plans to build a major television and film studio in Elstree, an area north of London that is steeped in movie history.
To be completed also in 2022, Sky Studios Elstree is set to support over 2,000 jobs in Britain’s film sector, reports AFP, London.