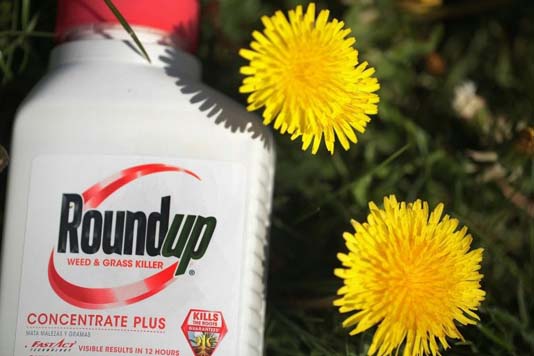 A US judge on Wednesday slashed punitive damages a jury ordered Monsanto to pay in a Roundup cancer trial, saying the sum was too high despite the company’s “reprehensible” conduct.
US District Court Judge Vince Chhabria denied a request by Monsanto for a new trial, but ruled that the $75 million in punitive damages was “constitutionally impermissible.”
Chhabria reduced to $20 million the amount Monsanto is to pay as punishment in the case which is one of more than 13,000 lawsuits related to the weedkiller launched in the US.
The judge endorsed the approximately $5 million in compensatory damages that Monsanto was ordered to pay the plaintiff, Edwin Hardeman.
“Based on the evidence that came in at trial, Monsanto deserves to be punished,” Chhabria said in his ruling.
“The evidence easily supported a conclusion that Monsanto was more concerned with tamping down safety inquiries and manipulating public opinion than it was with ensuring its product is safe.”
While a jury concluded that it was more likely than not that Monsanto weed-killer Roundup caused non-Hodgkin’s lymphoma in Hardeman, the “metaphorical jury is still out” on whether the principal ingredient glyphosate causes that cancer, noted the judge.
“The jury’s punitive damages award was approximately 15 times the size of the compensatory damages award,” Chhabria said.
“Monsanto’s conduct, while reprehensible, does not warrant a ratio of that magnitude, particularly in the absence of evidence showing intentional concealment of a known or obvious safety risk.”
Lawyers for Monsanto’s German parent company, Bayer, called Chhabria’s ruling “a step in the right direction” but argued anew that the evidence in the case did not support blaming Roundup for the cancer.
Bayer planned to appeal the verdict to a higher court.
The fact that Chhabria rejected Monsanto’s arguments for throwing out the verdict and, instead, reduced the damages award on legal grounds was hailed as a major victory by Jennifer Moore, an attorney on Hardeman’s legal team.
“For decades Monsanto has lied about the safety of Roundup and undermined any effort to inform the public that Roundup causes cancer,” Moore said.
“The jury’s verdict should stand.”
The agro-chemicals and drugs giant Bayer finalized the acquisition of the US company Monsanto last year for $63 billion.
But the deal has turned out to be plagued with other massive costs.
Just two months after the acquisition was completed, Monsanto lost a case to a school groundskeeper suffering from terminal non-Hodgkin’s lymphoma.
He had sued the company over the glyphosate weedkillers Roundup and Ranger Pro, in the first ever federal trial targeting its manufacturer for negligence.
Monsanto was initially ordered to pay $289 million to the groundskeeper, before the damages were reduced to $78.5 million.
In March, the company lost a case to Hardeman, an American retiree who blames his cancer on the weedkiller.
In a third major legal blow to Bayer-owned Monsanto and its weedkiller Roundup, a jury in California ordered the firm in May to pay more than $2 billion in damages to a couple that sued on grounds the product caused their cancer, lawyers said, reports AFP, SAN FRANCISCO.