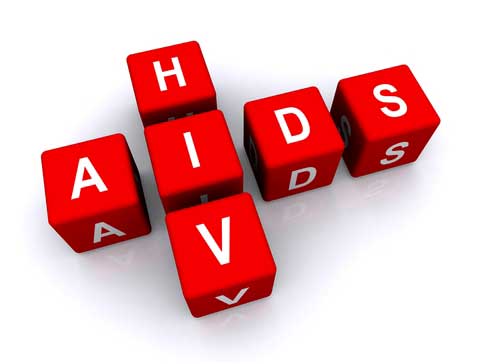 By Caley Pigliucci
UN, Jul 19 2019 (IPS) – Since 2010, donor funding to fight HIV/AIDS in low-and middle-income countries has dropped significantly, according to a new report released recently.The study, Communities at the Centre, released July 16 by the Kaiser Family Foundation (KFF) and the Joint United Nations Programme on HIV/AIDS (UNAIDS), points out a $1.0 billion decline in funding from 2017-2018.
This most heavily affects low-income countries in East and South African countries (except South Africa), which rely on donor funding for 80% of HIV responses.
However, seven of 14 donor governments increased their funding between 2017 and 2018 (Australia, Canada, France, Japan, the Netherlands, Norway, and Sweden).
But funding by five countries declined (Denmark, Ireland, Italy, the U.K., and the U.S), and two were flat (the European Commission and Germany).
Jose Antonio Izazola, the UNAIDS Resource Tracking and Finances Director told IPS: “The flattening is a result of multiple factors like competition for scarce funds (migration in Europe, climate change, 17 SDGs, health systems, political preferences of donor governments, and economic situations in the donor countries.”
Jen Kates, Senior Vice President and Director of the Global Health & HIV Policy at KFF agreed with Izazola.
She told IPS, “The Global Financial crisis, rising refugee and humanitarian costs, especially for donors in Europe. Donor fatigue, and decreasing attention to HIV by the media and others” were among the reasons for the decline in funding.
According to a report from HIV.org, “AIDS-related deaths have been reduced by more than 51% since the peak in 2004. In 2017, 940,000 people died from AIDS-related illnesses worldwide, compared to 1.4 million in 2010 and 1.9 million in 2004.”
But Kates worries that “because of many of the successes, [there is] a false sense that HIV is no longer a problem.”
HIV is still highly prevalent globally. According to UNAIDS, there were 36.9 million people world-wide living with HIV/AIDS, as of 2017..
53% of that global population living with HIV/AIDS (around 19.6 million people), were in eastern and southern Africa, countries that rely most heavily on donor aid.
The United States as Top Donor
The report looks both at bilateral funding (provided directly to or on behalf of countries), and multilateral funding (which includes contributions to the global fund and Unitaid) for HIV/AIDS.
“Donor funds can be channeled directly from the government of one country to the recipient country (like [The President’s Emergency Plan For AIDS Relief] PEPFAR), or be provided to an organization which pools resources from many sources, eg UNAIDS, and all UN agencies, Global Fund, Unitaid, etc. exclusively for HIV or for various purposes,” Izazola explained.
According to the report, this funding mainly comes from the United States, which remains the top donor in the fight against HIV.
The U.S. disbursed $5.8 billion last year, “and also ranks first in disbursements relative to the size of each donor’s economy.”
The United Kingdom (US$605 million), France (US$302 million), the Netherlands (US$232 million) and Germany (US$162 million) are the next largest donors, trailing the U.S. by a significant margin.
Asked why we see continued, and largely unwavering, support from the United States, Izazola said: “There is strong political will by the US government, including Congress (bipartisan support) for a program [PEPFAR] which has support from multiple constituencies and shows results (lives saved, infections averted, etc).”
He added that he sees there is still “strong leadership: technically and diplomatically,” in the U.S. government to fight HIV/AIDS.
The KFF/UNAIDS report argues that if the current trends continue, “future funding from donor governments is likely to remain stable at best, and will hinge largely on future U.S. support.”
But support from the U.S. may not be as stable as it appears.
The report states that “In the case of the U.S., Congressional appropriations in 2019 were essentially flat, and the PEPFAR funding pipeline has diminished, which could lead to decreasing bilateral disbursements over time.”
“There is also uncertainty about the U.S. pledge to the Global Fund, although the Congress has indicated its intention to increase support,” the report added.
The Need for Continued Funding
Despite the successes thus far, Izazola thinks there is still more to be done, and the resources needed are funded by donor governments.
“The additional resources are needed not only to provide for the services needed, but to change the epidemic by reducing the number of new HIV infections below the AIDS-related deaths to reach epidemic control which would lead to controlling the financing of the HIV response in the medium term,” he said.
“There is also a need to finance ways to overcome the barriers to access to services known as social enablers and services to the populations labeled as ‘key populations,’” he added.
He sees the need to increase resources for testing, treatment and prevention. But this cannot be done by local governments alone.
Kates explained that “Even if [countries] were to increase their own spending, it would be hard for them to replace what donors provide.”
There has been an increase in focus on sustainability for funding, by starting to transition from donor aid to domestic aid.
In 2014, about 50% of the resources available within a country came domestically. Today, it is 57%.
While the transition between donor funding and government funding has been a steady one, it is not yet enough to meet the demands needed to fight HIV/AIDS.
“Donor funding will continue to be critical to addressing HIV in the near and mid-term but clearly is not filling what is a growing gap between what resources are available and needed,” she said.
She added that “The challenge is that if funding falls short now, costs rise in the future.”