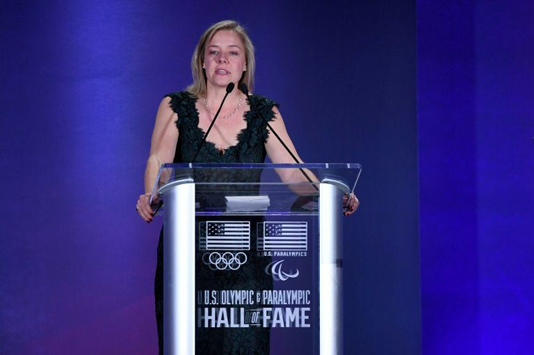 The United States Olympic &Paralympic Committee has shelved a planned summit for athletes and media due to be staged in Los Angeles next week due to concerns over the coronavirus outbreak, officials said yesterday.The USOPC said in a statement the four-day event in California, where dozens of Team USA Olympic athletes are made available to the media, had been called off until further notice.
The USOPC media summit has been held before every Summer and Winter Olympic Games since 1998.
However USOPC chief executive Sarah Hirshland said in a letter to athletes that a decision to scrap next week’s summit was taken after consultation with health officials.
“Like so many other organizations, teams and leagues, we are reckoning with the impact of the coronavirus,” Hirshland said.
“(We) came to the joint conclusion that the potential of spread or infection, however remote or unlikely, could have a real impact on the athletes of Team USA,” she added.
The decision was taken out of “an abundance of caution”, Hirshland noted, adding that the USOPC was bullish about the prospects of this year’s Tokyo Olympics going ahead as planned in July.
“You should assume we are charging forward toward Tokyo 2020 as planned,”she said. “We expect to be in Tokyo this summer, and we will take every
precaution to keep Team USA athletes safe as we prepare.”
The US has recorded at least 26 deaths from the coronavirus and 605 confirmed cases across 35 states, according to a Johns Hopkins tally.
The outbreak has wreaked havoc across the sporting world, with dozens ofgames and events cancelled or rescheduled or played behind closed doors.
On Sunday, the ATP/WTA Indian Wells tennis tournament in southern California was called off after confirmation of a COVID-19 case in the same region, reports AFP, Los Angels.