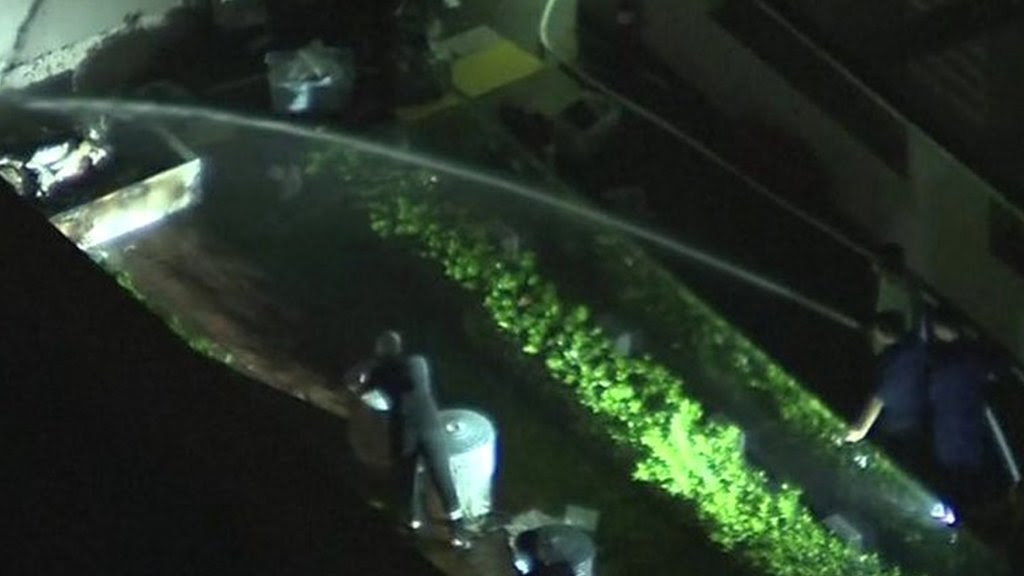 The US has ordered China to close its consulate in Houston, Texas, by Friday – a move described as “political provocation” by Beijing.US Secretary of State Mike Pompeo said the decision was taken because China was “stealing” intellectual property.
China’s foreign ministry condemned the move on Twitter, saying its embassy in Washington had received death threats.
Earlier, unidentified individuals were filmed burning paper in bins in the Houston building’s courtyard.
Tensions have been rising between the US and China for some time. President Donald Trump’s administration has clashed repeatedly with Beijing over trade and the coronavirus pandemic, as well as China’s imposition of a controversial new security law on Hong Kong.
Then on Tuesday, the US Department of Justice accused China of sponsoring hackers who had been targeting labs developing Covid-19 vaccines. Two Chinese nationals, who allegedly spied on US research companies and got help from state agents for other thefts, have been charged.
Speaking at a press conference on Wednesday, Mr Trump said it was “always possible” he would order the closure of more Chinese consulates.
Why did the US say it was closing the consulate?
Mr Pompeo said the Chinese Communist Party was stealing “not just American intellectual property… but European intellectual property too… costing hundreds of thousands of jobs”.
“We are setting out clear expectations for how the Chinese Communist Party is going to behave,” he continued. “And when they don’t, we’re going to take actions that protect the American people, protect our security, our national security, and also protect our economy and jobs.”
The consulate is one of five in the US, not counting the embassy in Washington DC. It is unclear why this one was singled out.
In a separate statement, the State Department accused China of engaging “in massive illegal spying and influence operations”, interfering in “domestic politics” as well as having “coerced our business leaders, threatened families of Chinese Americans residing in China, and more”.
How did China react to the order?
In a series of tweets, foreign ministry spokeswoman Hua Chunying described the reasons given by the US for closing the consulate as “unbelievably ridiculous”.
She urged the US to reverse its “erroneous decision”, or China would “react with firm countermeasures”.
“While Chinese diplomats are promoting mutual understanding and friendship, the US embassy in China publicly attacks China’s political system,” she said.
“As a result of smears and hatred fanned up by the US government, the Chinese embassy has received bomb and death threats.”
Chinese state media outlet the Global Times began running a poll on which US consulate to close in response. Beijing officials said the US has far more staff at its missions in China than vice versa.
The foreign ministry has posted a warning to Chinese students in the US, asking them to “be on guard” as “US law enforcement agencies have stepped up arbitrary interrogations, harassment, confiscation of personal belongings and detention targeting Chinese international students in the US”. – BBC News