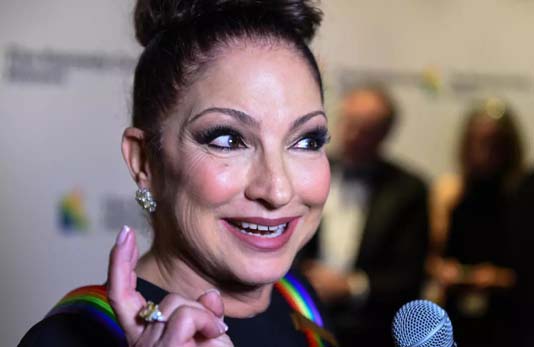 Gloria Estefan, one of the biggest stars of the Miami music scene during the 1980s and 1990s, has updated her hit “Get On Your Feet” to raise awareness about how to stem infection from the coronavirus.Now titled “Put On Your Mask,” the Cuban-American singer’s message features a video showing Estefan facing up to the daily challenges of life during the pandemic, and urges listeners to wear a cloth mask in public to protect themselves from spreading or contracting the virus, which by Monday had killed more than 10,000 people in the United States.
The video, released Sunday on the 62-year-old star’s Instagram account, has been watched more than 80,000 times already.
“I wanted to contribute something that would put a bit of humor into a very serious situation because that’s what has helped me get through the toughest moments in my life,” Estefan wrote on Instagram. “I hope I make you smile while imparting an important message!”
The singer and her music producer husband, Emilio Estefan, are influential leaders in the Florida business community, owning a number of restaurants and hotels in Miami and other cities, reports AFP, Miami.