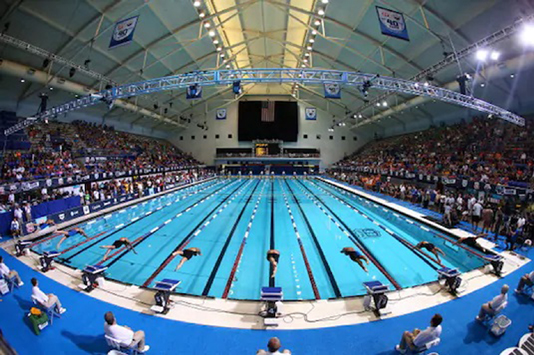 USA Swimming announced tentative dates on Monday for six meets leading to next year’s Olympic trials, with hopes of resuming some regional events as soon as August.The coronavirus pandemic that forced postponement of the Tokyo Olympics to 2021 wiped out most US meets, with the US summer national championships called off Monday with hopes for regional events by late August to help swimmers return to pools.
“These regionally focused events will limit the need for travel and promote a safer competition environment,” USA Swimming said.
The 2021 US Olympic swimming trials, where such stars as five-time Olympic champion Katie Ledecky, were already announced for June 13-20 at Omaha, Nebraska, slightly earlier than had been planned this year.
The US Pro Swim Series is tentatively set to begin November 5-8 at Richmond, Virginia, followed by the US Open meet December 2-5 in Atlanta.
Pro Series meets are planned for January 13-16 at Knoxville, Tennessee; March 3-6 at San Antonio, Texas; April 8-11 at Mission Viejo, California and May 12-15 at Indianapolis, rereports New York.