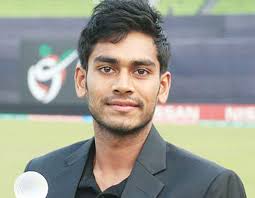 DHAKA – Bangladesh off-spinner Mehidy Hasan Miraz emphasized on variation to succeed in New Zealand condition as per the advice of the spin bowling consultant Daniel Vettori.

He said Vettori, the former New Zealand captain and one of the best spinners in the cricket history, taught him some tricks to thrive here. As Vettori knows the wicket of his country like the palm of his hands, Miraz believes if he could execute these tips given by Vettori in the match, there is huge possibility to be successful.

“I have been working with Vettori with some variations for the last one week. He gave me some tips to thrive in the condition of New Zealand. I had tried to apply those in the practice game,” Miraz said in a recorded video message sent by the Bangladesh Cricket Board (BCB) today.

“Here variation is the key as Vettori told me. Apart from maintaining line and length, you have to reduce or increase the pace of the ball more often. I also think if I can bring up variation and maintain the line and length I can
at least contain the runs, if not I take any wickets. Containing runs for a spinner in New Zealand is the key indeed,” he added.

Miraz didn’t take any wicket in the inter-squad game but with willow he contributed 50 runs before retiring from the batting. “The weather was overcast in the morning, so the pacers got some help. Our pacers bowled well and maintained a good line and length. Rubel bhai got four wickets as he landed the ball in right areas.

Saifuddin and Shoriful also kept the ball in right areas. I also personally tried to bowl in right areas.” Miraz’s side Nazmul XI, however, recorded a nine-wicket victory over Tamim Iqbal-led Tamim XI in the inter- squad practice game today.

“The practice game was good. We have been in practice for the last seven or eight days and we also had small group training during the quarantine period,” Miraz remarked.

“After a week-long full-fledged training session, we played a practice game. Everyone enjoys the game and was energetic. Bowlers bowled really well while batsmen batted confidently. I think this practice game will give us the
confidence ahead of the series,” Miraz concluded.BSS