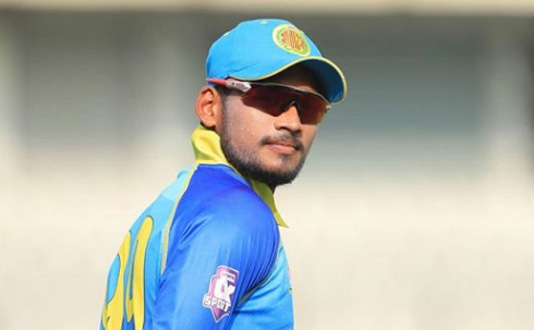 DHAKA —Bangladesh batsman Nazmul Hassan Shanto was happy to execute the team’s plan well in batting on the first day of the two-day inter-squad practice game, which is being held to have good preparation for the two-match Test series against Sri Lanka.

Shanto said a plan was given to implement in the practice game, which he believes all of the batsmen, executed well. Team Red, led by Tamim Iqbal, chose to bat first and scored 204 for no loss till filing of this report with Shanto himself making 53 before being retired. Tamim Iqbal made 63 and Saif Hasan hit 52 before they also retired.

“I think it was very good practice ahead of the Test series. We were able to bat as per our plan. If we can do so in Test series also, I think we’ll come out with good result,” Shanto said in a recorded video message sent by the Bangladesh Cricket Board (BCB) today.

Terming the weather as tough one to adjust for them, he said, they need to have patience during the Test series and it only could bring up success for them.

“The weather is challenging but we have to play in this weather and so there is nothing to think much of about it. I think the bowlers bowled well at the outset of the game but after 20/25 overs, the track was easier to bat on. We the batsmen also batted well,” Shanto remarked.

“I think we have to demonstrate our patience in the crease, there is possibility to be successful in this condition. But it is good to bat session by session,” he added.BSS