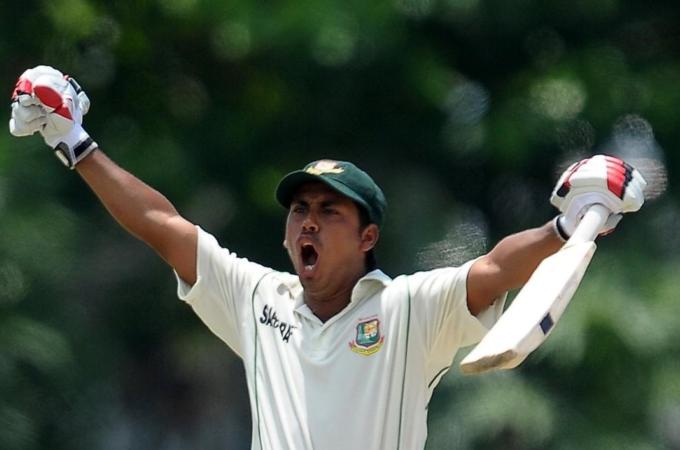 While numerous stories have been doing the rounds regarding the match-fixing scandal, one of the most important yet unresolved questions is what Mohammad Ashraful actually confessed to the ACSU (Anti-corruption and Security Unit) officials who recently visited the country to investigate the alleged match-fixing in the last Bangladesh Premier League (BPL).A source who was involved in the ACSU investigation and aided the team during the interrogation process revealed the details of the ACSU investigation and the admission of Mohammad Ashraful.
“In 2013 the Anti-corruption and Security Unit (ACSU) sent some of their officials to Bangladesh. The team met with some local and foreign cricketers to query about some suspicious matches.
Among the players, Dhaka Gladiators’ Mashrafe Bin Mortaza, Shakib Al Hasan, Mohammad Ashraful, Mosharraf Hossain Rubel and Robin (Mahbubul Alam) and Khaled Mahmud Sujon were interrogated by the ICC’s investigation team,” said the source.
“The ACSU’s main doubts surrounded the Dhaka Gladiators’ matches on February 2, February 12 and February 14. According to their information, the fate of these three matches had been decided either by match-fixing or spot-fixing before a ball had been bowled.
Some spoiled cricket players were involved. During the interrogation many fingers were raised towards the performance of some players in these three particular matches,” said the source.
“The anti-corruption team was very experienced and explicitly warned the players that they had ample evidence, before proceeding with the interrogation.
Almost all the players said that they were unaware about the match-fixing but it seemed that some were reluctant to provide information. Finally, however, Mohammad Ashraful let the cat out of the bag.
“In the face of extreme pressure and solid evidence from the investigators, Ashraful finally took the decision to admit for, what he said was the sake of his career and the truth. And thus opened the story of match and spot fixing by the owners of the BPL franchise Dhaka Gladiators, Selim Chowdhury and Shihab Chowdhury.
“According to Ashraful’s statement to the ACSU, before the start of the 2013 BPL, Selim Chowdhury invited Ashraful to his Banani office, when the player wanted his last year’s (2012) dues, and told him that they would have to lose some matches in this year’s competition.
He likened the situation to how Kolkata Knight Riders had earned crores of rupees by throwing away the matches in IPL. According to Ashraful, Selim stated that his and his teammates’ current and owed dues would be paid on time if Ashraful consented to their plan.
Ashraful also said that the owner told him that both coach Ian Pont and player Stevenson had agreed to comply with this condition,” revealed the source.
“Ashraful went on to say that before the February 2 game against Chittagong Kings, Shihab Chowdhury spoke to him in the Peninsula Hotel and gave him a note outlining the plan by which they would have to lose the game.
Ashraful was not ready to take the captaincy but still when Stevenson didn’t want to take the job, Pont instructed Ashraful to lead the team in the match.
“As per the plan the sixth, seventh and eighth overs were supposed to be allotted to Rubel, Robin and Luku and Ashraful carried out these instructions.
Ashraful also said that he thought that the bowlers were also very much aware about what they would have to do, although he had never discussed with them. He stated that as the captain he just carried out the instruction of the owners by giving them the ball.
“According to Ashraful, on February 4 Selim Chowdhury called Ashraful and handed him a cheque of Tk 10 lakhs while he was returning home from the team hotel.
Ashraful did not ask any questions about the cheque and stated to the investigators that he had accepted it as his dues from last year. Apart from this, he said that he had not been involved in any monetary dealings.”
“Similarly, on the February 12 and February 14 matches against Barisal Burners and Khulna Royal Bengals respectively he handed the ball to the assigned three bowlers.
Ashraful said to the investigators that in his opinion, more players were aware of this plan, although he had never discussed it with them.
“Ashraful also said he had met with CEO of Dhaka Gladiators, Gourav who is an Indian citizen but was living in Myanmar as far as Ashraful was aware.
He had been introduced to Gourav in Sri Lanka during the SLPL through an Indian bookie, whose name Ashraful could not recall.
However Ashraful admitted that this same bookie had offered him match-fixing opportunities when he was still captain of the national side between 2007-2009.
He also said that he had not responded to the offers and instead revealed this to the media in 2009. But the bookie had remained on friendly terms with Ashraful till 2012 even though Ashraful continually rebuffed fixing opportunities.
However, in 2012 after meeting Gourav through this bookie, Ashraful got the chance to play in the SLPL. Ashraful also went on to state that he was sure that both Gourav and this bookie are involved in earning money through gambling.
At the end, Ashraful also regretted his mistake and asked for forgiveness from the nation.
(Source: Agencies)