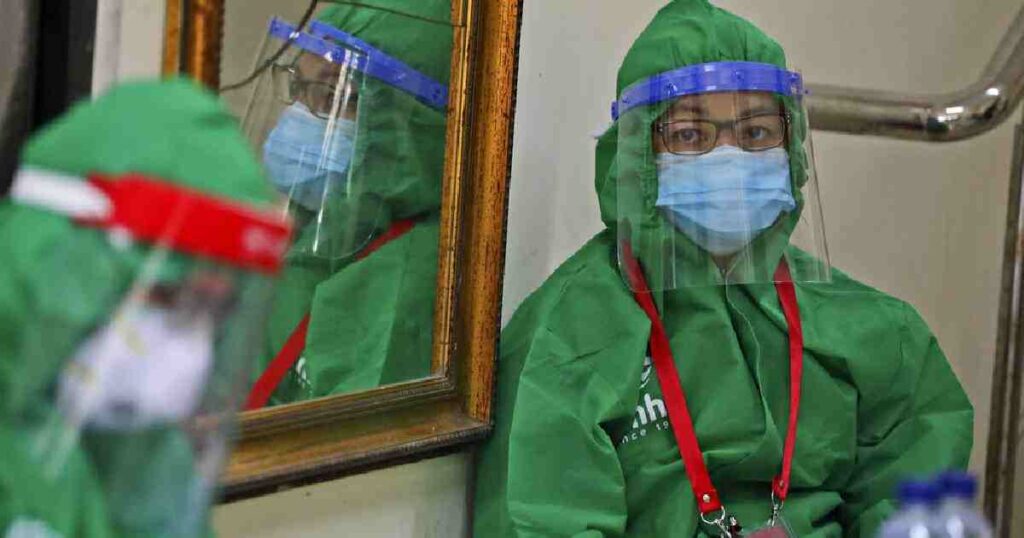 Geneva, AP/UNB, June 22 – The World Health Organization on Sunday reported the largest single-day increase in coronavirus cases by its count, at more than 183,000 new cases in the latest 24 hours.Experts said rising case counts can reflect multiple factors including more widespread testing as well as broader infection.
Overall in the pandemic, WHO reported 8,708,008 cases — 183,020 in the last 24 hours — with 461,715 deaths worldwide, with a daily increase of 4,743.
More than two-thirds of those new deaths were reported in the Americas.
In Spain, officials ended a national state of emergency after three months of lockdown, allowing its 47 million residents to freely travel around the country for the first time since March 14.
The country also dropped a 14-day quarantine for visitors from Britain and the 26 European countries that allow visa-free travel.
The U.S. has the world’s highest number of reported infections, over 2.2 million, and the highest death toll, at about 120,000, according to Johns Hopkins.
Health officials say robust testing is vital for tracking outbreaks and keeping the virus in check.
The number of confirmed virus cases is still growing rapidly not only in the U.S. but in Brazil, South Africa and other countries, especially in Latin America.
Brazil’s Health Ministry said the total number of cases had risen by more than 50,000 in a day.
President Jair Bolsonaro has been downplaying the risks even as his country has seen nearly 50,000 fatalities, the second-highest death toll in the world.
South Africa reported a one-day high of almost 5,000 new cases on Saturday and 46 deaths.
In the United States, the virus appears to be spreading across the West and South. Arizona reported over 3,100 new infections, just short of Friday’s record, and 26 deaths. Nevada also reported a new high of 445 cases.
In Europe, a single meatpacking plant in Germany has had over 1,000 cases, so the regional government issued a quarantine for all 6,500 workers, managers and family members.
In Asia, China and South Korea reported new coronavirus cases Sunday in outbreaks that threatened to set back their recoveries.