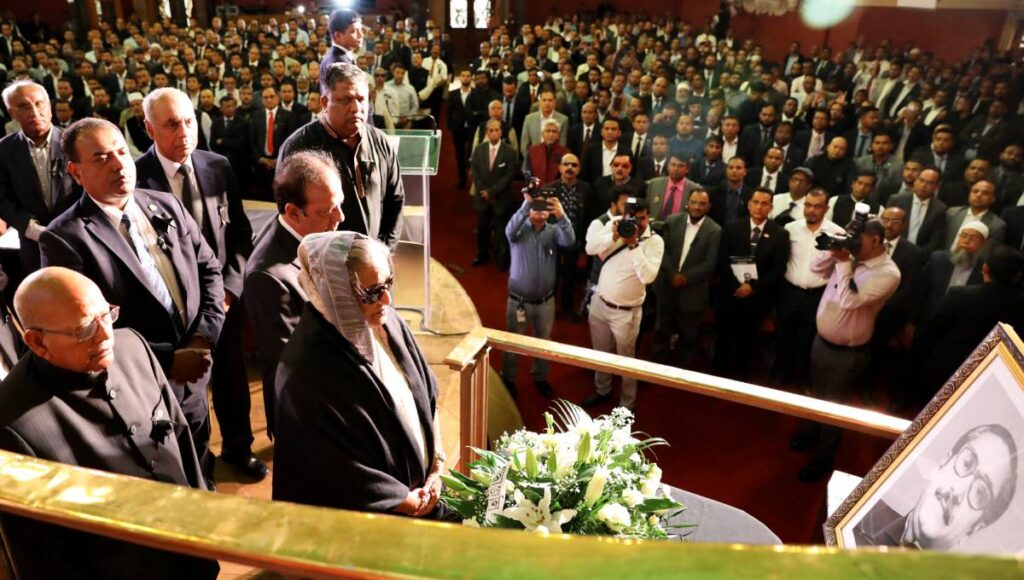 Dhaka, Aug 3 – Prime Minister Sheikh Hasina on Saturday vowed to work as long as she is alive to materialise the dream of Father of the Nation Bangabandhu Sheikh Mujibur Rahman to establish a Sonar Bangladesh.
“I have nothing to get for my personal gains; rather the aim of my life is to materialise the ideals of Bangabandhu based on which he had run the country,” she said while speaking at a discussion arranged by the UK chapter of Awami League in London.
Recalling her bitter experience after her return from exile following the August 15 massacre in 1975, Sheikh Hasina said she returned home alone losing all of her near and dear ones on that black night.
Highlighting various successes of the present government, she said Awami League has a policy and idealism to develop and advance the country.
Taking a swipe at BNP, the Prime Minister said it turned Bangladesh into a country of food deficit while in power during the 2001-2006 period.
The Awami League chief also elaborated massive destructive activities of the BNP-led government.
She said BNP leaders had indulged in unbridled corruption, money-laundering and looting of orphan money while its activists in burning people to death, terrorism and militancy as well as killing and torturing the AL leaders and workers.
At the beginning of her speech, Sheikh Hasina prayed for eternal peace of the departed souls of the Father of the Nation and other martyred members of her family as well as the martyred four national leaders. – UNB