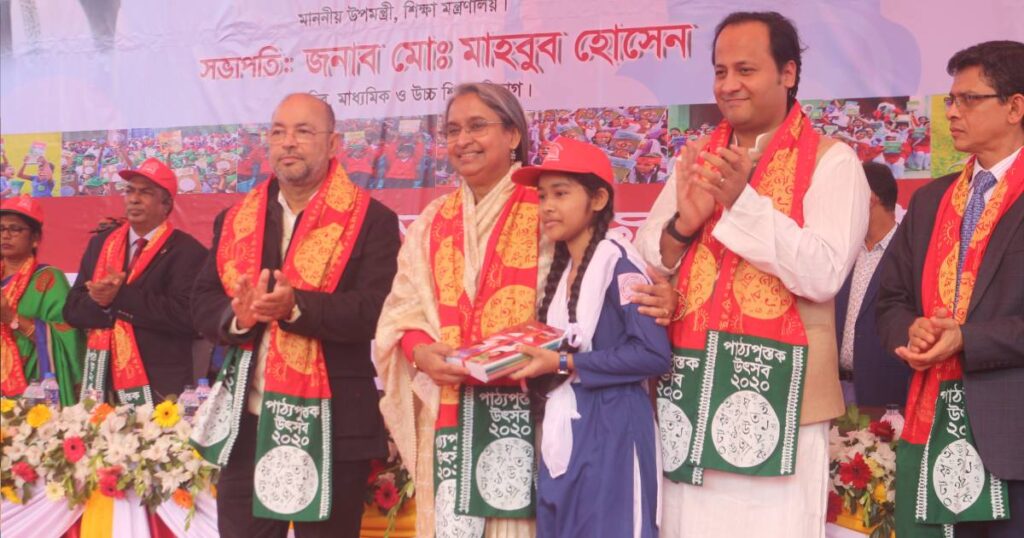 Education Minister Dr Dipu Moni on Wednesday said the government will not accept any programme or movement that holds students or others hostage.She made the remark while talking to reporters after attending a textbook distributing ceremony at Adhar Chandra Government High School in Dhaka’s Savar.
Dipu Moni said the University Grants Commission (UGC) is investigating corruption allegations against Jahangirnagar University Vice-Chancellor Prof Dr Farzana Islam.
“Steps will be taken if she’s found guilty,” she said.
“No-one needs to go for movement to press for demands when Prime Minister Sheikh Hasain’s government is in office,” she said.
“People need to inform the government if they have demands. The logical ones will be taken into consideration,” the minister said.
She also urged the students to avoid drugs and terrorism.
State Minister for Disaster Management and Relief Dr Md Enamur Rahman, Deputy Education Minister Mohibul Hasan Chowdhury, Technical and Madrasah Education Division Secretary Munshi Shahabuddin Ahmed, Dhaka’s Deputy Commissioner, Superintendent of Police, Savar Municipality Mayor, among others, were present at the programme, reports UNB.