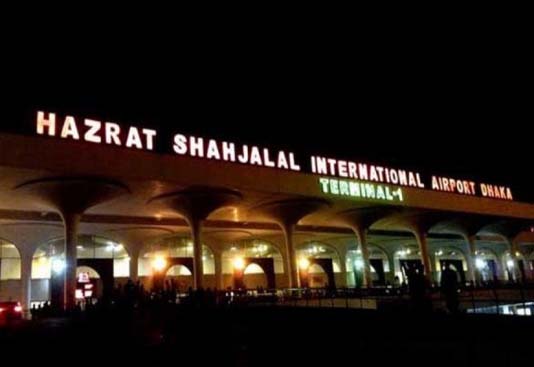 Dhaka, 29: A total of 121 more expatriate Bangladeshi workers returned home from Kuwait while 109 Japanese nationals, who had been stuck here due to flight suspension amid COVID-19 pandemic left for Tokyo by separate chartered flights on Tuesday.A chartered aircraft of Jajeera Airways flight landed at Hazrat Shahjalal International Airport (HSIA) at 6:25 PM carrying 121 Bangladeshi citizens from Kuwait, HISA director Group Captain AHM Touhid-ul Ahsan told the media.
Kuwait bore the cost of the flight to send back the second batch of Bangladeshi nationals as a total of 126 expatriate workers first arrived here on Monday from the oil-rich nation that took decongestion policy leveling migrant workers like some other middle-eastern countries fearing rise of infection of the deadly virus.
As per the government decision, after arriving here, all returnee workers will undergo a medical checkup at the airport and to be sent to 14-day institutional quarantine under management of the Armed Forces Division (AFD).
Earlier in the morning, 109 Japanese nationals left here by Biman Bangladesh Airlines aircraft chartered by Japan Embassy in Dhaka.
“Our flight operated by Dreamliner Boeing 787-8 took off from HSIA at 9 am today on boarding 107 adults and 2 infants for Narita International Airport near Tokyo,” Biman’s deputy general manager (PR) Tahera Khondoker told BSS.
She said the Biman’s aircraft is scheduled to fly back Dhaka at 11:30 pm tonight carrying some Bangladeshi nationals, who have been stranded there due to flight suspension.
This is the second chartered flight for repatriation of Japanese nationals, as on April 2, a total of 327 Japanese citizens first left Dhaka since the global outbreak of the lethal virus while Japan embassy here chartered another Biman’s flight to operate Dhaka-Tokyo-Dhaka flight on April 30.
Since international flights remained suspended after mid-March, different countries, including the USA, the UK, Canada, Turkey, Australia, Japan, Singapore, Malaysia, Bhutan, and different European countries, so far, operated several special chartered flights to repatriate their citizens from Dhaka.
Bangladesh government also facilitated chartered flights to bring back its nationals from a number of countries, including India, Singapore and Thailand.
Meanwhile, on Monday Bangladesh extended its ongoing ban on flight operation for the fourth consecutive time till May 7 to and from all European countries and the nations that restricted the entry of Bangladeshis to their territories as well as on all domestic routes over the coronavirus fear.
Currently, regular commercial flights are being operated from Bangladesh to China only.