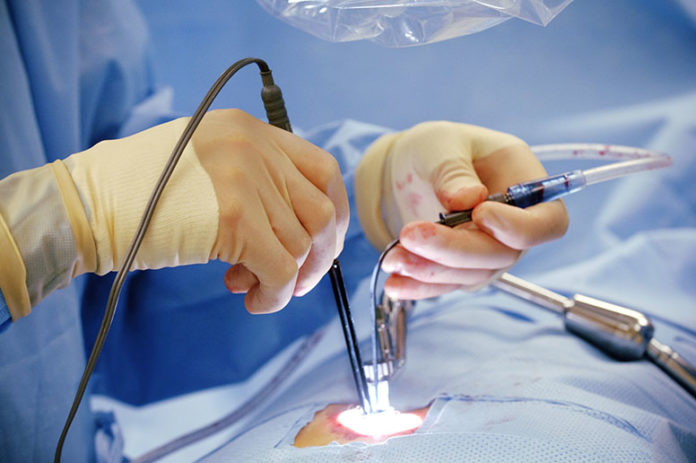 A minimally invasive cardiac surgery was conducted yesterday  at the National Institute of Cardiovascular Diseases (NICVD), the first of its kind at any government hospital.
A team of 10 doctors headed by Dr Ashraful Hoque Siam conducted the operation of a 12-year-old girl at the NICVD.
“We carried out the surgery of Nupur with full anesthesia which took two and a half hours,” Dr Siam, said adding that the cost of the operation was only Taka 5,000.
Professor and Chief Cardiac Surgeon of the National Heart Foundation Dr Farooque Ahmed and Dr Prasanta Kumar Chanda of the National Heart Foundation were present, he said.
“The condition of Nupur is now stable and we will discharge her from hospital after two to three days observation,” Dr Siam said.
Nupur was a patient of Atrial Septal Defect (ASD) — a hole in the wall between the two upper chambers of heart.
Dr Siam said the NICVD would operate this kind of surgery regularly as the essential instruments are available at the hospital and train up other surgeons.
He said that the National Heart Foundation, a private hospital, first conducted such a surgery in the country.
“The hospital usually charges Tk 2.5 lakh to Tk 3 lakh for conducting such an operation,” he further said.
Dr Siam thanked Prime Minister Sheikh Hasina for allocating special budget to the NICVD for importing the instruments.
In minimally invasive cardiac operation, surgeons perform heart surgery through small incisions in the chest as an alternative to open-heart surgery.
Surgeons do not cut through the breastbone, rather they operate between the ribs, which may result in less pain and a quicker recovery for many people, reports BSS.