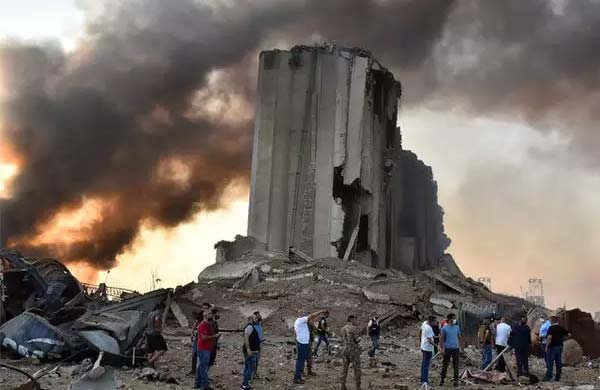 Two Bangladesh nationals have been killed in a massive explosion in a warehouse at Beirut Port in Lebanon.
The deceased were identified as Mehedi Hasan and Mizanur Rahman. They both died in Ashrafi area. Moreover, eight Bangladeshi workers are undergoing treatment at Rafik Hariri University Hospital.
Embassy First Secretary (Labour) & Head of Chancery Abdullah Al Mamun told media that so far 49 Bangladeshis have been given first aid in the hospital.
Besides, 21 members of the Bangladesh Navy have been injured in the massive explosion that occurred in the warehouse at Beirut Port.
Bangladesh Ambassador in Lebanon Major Gen Jahangir Al Mustahidur Rahman confirmed the matter, reports BBC.