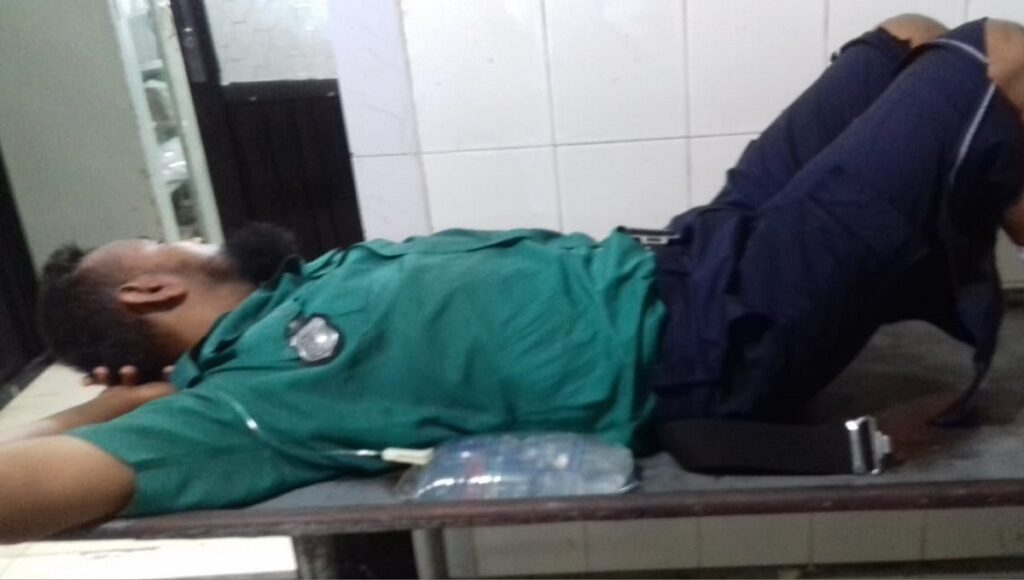 Dhaka, Aug 31 – Two policemen were injured when a crude bomb exploded near Science Laboratory crossing in the city on Saturday night.The injured policemen were identified assistant sub-inspector Shahabuddin, 35, and constable Aminul Islam, 40. They were taken to Dhaka Medical College Hospital (DMCH).
Both of them are members of the protection team of LGRD Minister Tazul Islam, said in-charge of DMCH police camp inspector Bachchu Mia.
He, however, could not confirm whether they were providing escort to the minister when the crude bomb went off with a big bang around 9:20pm.
Sources at the DMCH said Shahabuddin sustained injuries to his both legs under knee while Aminul to fingers of his right hand.
They were first taken to a local hospital and then shifted to the DMCH.
Being informed, a bomb disposal unit rushed to the spot. – UNB