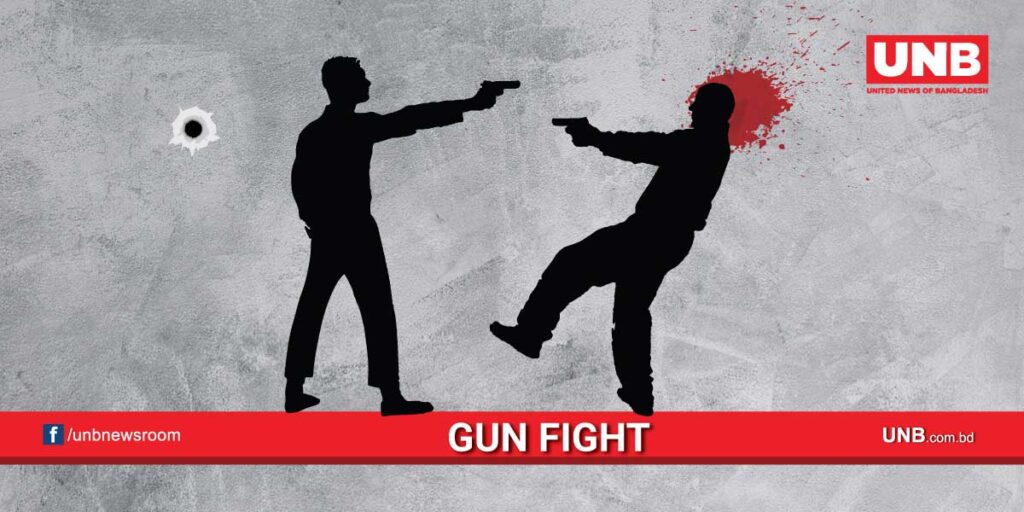 Two alleged Rohingya drug traders were killed in a reported gunfight with members of Border Guard Bangladesh (BGB) in Jaliapara area adjacent to the Naf River in Teknaf upazila here on Monday morning.The deceased were identified as Mohammad Yunus, 21 and Mohammad, 27, of Maungdaw village in Rakhine State of Myanmar.
Tipped off that a group of drug traders was entering Bangladesh with a big consignment of Yaba tablets, a BGB team cordoned off Hlia Union’s Jaliapara area around 4 am and asked the drug traders to surrender, said Lt Col Mohammad Foysal Hasan Khan of Teknaf-2 BGB.
Defying the BGB team’s order, the drug traders opened fire on them, triggering a gunfight for 10 minutes, he added.
After the gunfight, the BGB men recovered two bullet-injured people from the spot and took them to Teknaf Upazila Health Complex. Later they were shifted to Cox’s Bazar Sadar Hospital where doctors declared them dead.
The BGB men seized 50,000 Yaba tablets, two locally-made guns and three rounds cartridges from the spot.
BGB will file a case in this regard, reports UNB, from Cox’s Bazar.