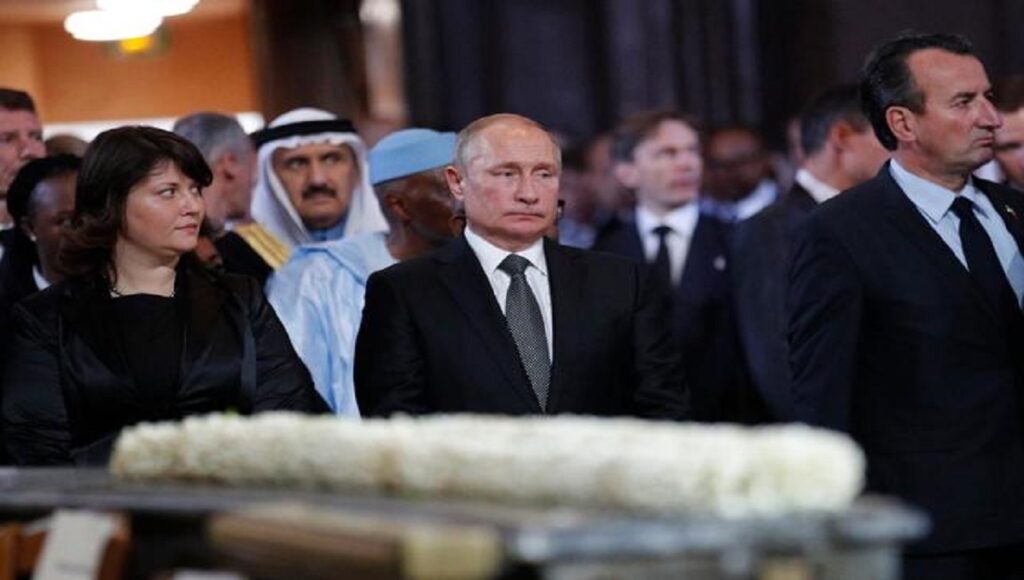 Moscow, Sep 30 (AP/UNB) — The Kremlin said Monday that transcripts of calls between U.S. President Donald Trump and Russian President Vladimir Putin can only be published by mutual agreement.
The White House has severely restricted the distribution of memos detailing Trump’s calls with foreign leaders, including Putin. Asked about Congress’ push for the publication of Putin-Trump calls, Kremlin spokesman Dmitry Peskov responded that “the publication is possible only on a mutual accord.”
“If we receive some signals from the U.S., we will consider it,” he said in a conference call with reporters.
Peskov noted that the “diplomatic practice doesn’t envisage such publications,” adding that the issue is U.S. internal business.
The rough transcript of Trump’s call with Ukrainian President Volodymyr Zelenskiy, which was released by the White House, is now the focus of a U.S. impeachment probe. It showed Trump urging Ukraine to “look into” his Democratic political rival Joe Biden.
The publication of the call, in which the presidents made critical comments about German Chancellor Angela Merkel and French President Emmanuel Macron, has hurt Ukraine’s efforts to forge closer ties with the European Union and drawn acerbic comments from other Russian officials and lawmakers.
Speaking Sunday on state television, Russian Foreign Ministry spokeswoman Maria Zakharova said that the release of Trump-Zelenskiy call by the White House should put other heads of states on guard in conversations with the American president.
“Everyone understands after this scandal that it’s dangerous to make calls and conduct talks with Washington,” she said.
The Democrats’ push for the publications of Trump-Putin calls comes amid a bitter strain over Russia’s meddling into the U.S. 2016 presidential election, which the Kremlin has squarely denied and Trump has sought to play down.
Putin and his lieutenants derided U.S. special counsel Robert Mueller’s investigation of Kremlin interference in the 2016 presidential election, casting it as a failure and shrugging off Mueller’s exposure of evidence of Russian meddling in the vote.
Mueller found that there wasn’t enough evidence to establish a conspiracy between Trump’s campaign and Russia, but he charged 12 Russian military intelligence officers with breaking into Democratic Party computers and the email accounts of officials with Hillary Clinton’s campaign.