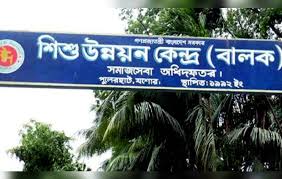 Three teenagers who died at Jashore juvenile correction centre, were beaten to death, according to autopsy reports.
Jashore General Hospital’s Director Dr Dilip Kumar Roy on Tuesday said the boys had injury marks on their legs, back and heads. He noted that the main cause of death is head injuries.Civil Surgeon Dr Sheikh Abu Shahin said the autopsy reports have been sent to the Superintendent of Police.
Parvej Hasan Rabbi, 18, Nayem Hossain, 16, and Rasel Sujon, 18, were killed and 15 others were injured in a clash at the correction centre on Thursday evening.
The centre authorities tried to cover up the killing branding it as a factional clash between the teen gangs but later investigations revealed that the centre’s staff and officials were behind the torture.
Earlier, the Social Services Department suspended five more officials, including the assistant director of the correction centre in connection with the deaths.
On Saturday, the Jashore court placed the five officials on remand.
The father of a victim filed a murder case at Kotwali Police Station accusing officials of the correction centre. The five were shown arrested after interrogation on Friday night.
The injured teens said that the three teenagers were brutally beaten up by the centre officials and Ansar men and later succumbed to their injuries without getting any medical treatment, reports UNB.