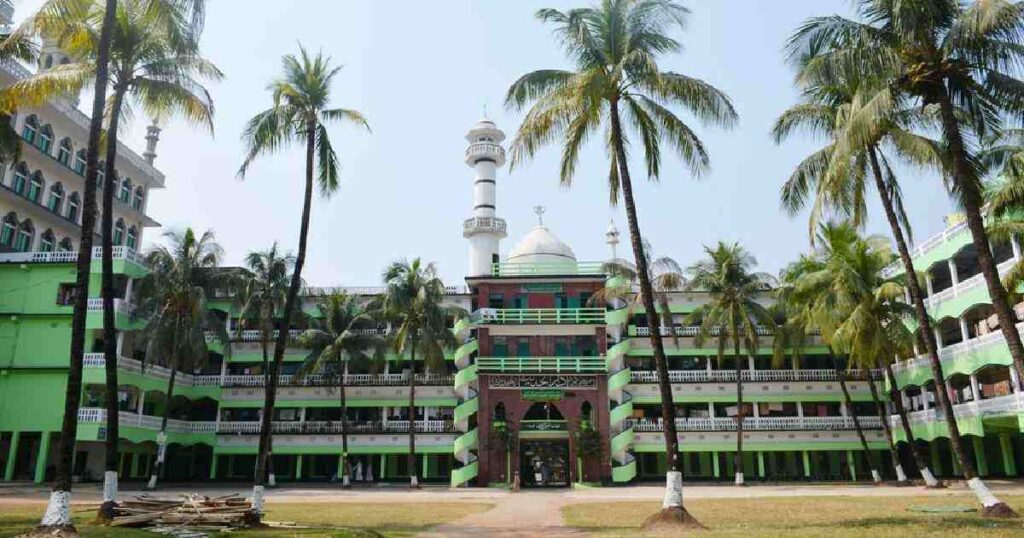 Chittagong, Mar 26 – Four people were killed and at least 20 others were injured as Hefazat-e Islam activists clashed with police in Chattogram’s Hathazari Upazila on Friday afternoon. Three of the deceased – Shirajul Islam, Robiul Hasan and Jamil Hasan – were students of Hathazari Madrasa while the fourth victim, Abdullah, was a local resident, said Alauddin Talukdar, assistant sub-inspector of Chittagong Medical College Hospital (CMCH) police outpost.
Clashes erupted when madrasa students demonstrated after Jum’a prayers protesting against the visit of Indian Prime Minister Narendra Modi to Bangladesh to join celebrations of the country’s golden jubilee and the birth centenary of Bangabandhu Sheikh Mujibur Rahman.
Hundreds of protestors pelted brick chips at the Hathazari Police Station after police asked them to return to the madrasa. Hefazat supporters attacked the police station and vandalised it, said Officer-in-Charge Rafiqul Islam.
Hathazari Upazila Nirbahi Officer Ruhul Amin said Hefazat activists attacked the land office and vandalised it too. They set fire to a vehicle belonging to the land office. They also broke in and vandalised the post bungalow of the upazila.
Police initially fired tear shells to disperse the protesters. But as the situation got out of control, police fired live rounds during the hourlong clash, injuring at least nine protesters. A number of others were injured in the clash.
The wounded were taken to CMCH where doctors pronounced four of them dead. – UNB