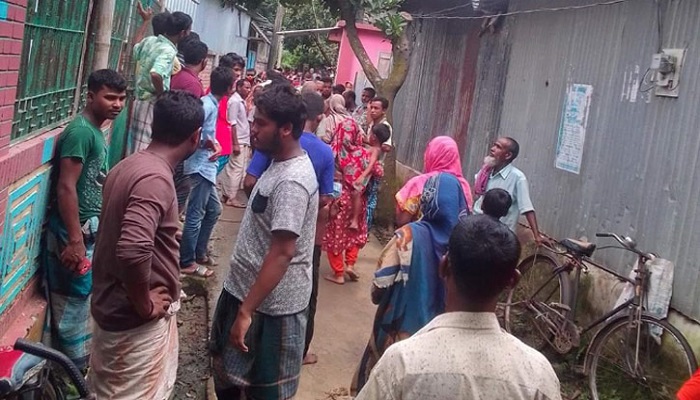 Tangail, July 17: Four members of a family have been slaughtered in Modhupur Upazila of Tangail district. On information, police recovered the bodies from a house in Pally Bidyut Road area around 9 am on Friday. The deceased are Goni Mia,45, his wife Kaziron alias Buchi, 38, son Tajel, 17, and daughter Sadia, 8. Locals said Goni Mia was a new resident in the area. The gate of his house was locked for last few days.
Goni’s mother-in-law came to his house this morning but, did not get response from inside despite calling. On suspicion, she called locals then informed the police.
Modhuour circle ASP Kamran Hossain said police cordoned off the spot.