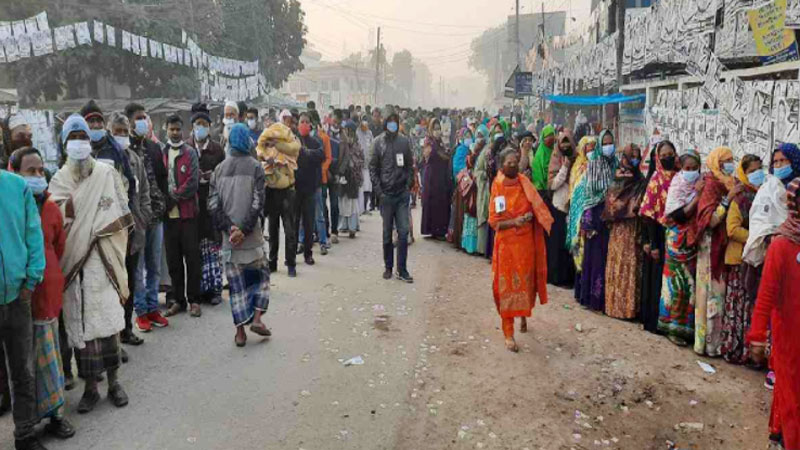 The Election Commission suspended voting at No-7 ward in Thakurgaon municipality polls scheduled to be held on February 14, after the death of a councilor candidate. Returning Officer Jilhazuddin of Thakurgaon Election Commission confirmed the matter on Sunday.
Earlier on Saturday, Moynul Islam, 57, a councillor candidate of No-7 ward of Thakurgaon municipality died of cardiac arrest at Thakurgaon Modern Hospital.
He was also a former councillor of the ward.
Azad Islam, elder son of Moynul said his father complained of chest pain on Saturday and after that he was taken to Sadar Hospital where the doctors declared him dead.
Moynul, son of Monir Uddin of Shah Para Moholla has elected twice as councillor of the ward.
However, the schedule of the No-7 ward of Thakurgaon municipality will be announced later.
The fourth phase election to 56 municipalities in different districts is scheduled for February 14.
The first phase election to 24 municipalities was held on December 28 last year, the second phase to 61 municipalities took place on January 16 and the third phase polls to 62 municipalities was held on January 30.