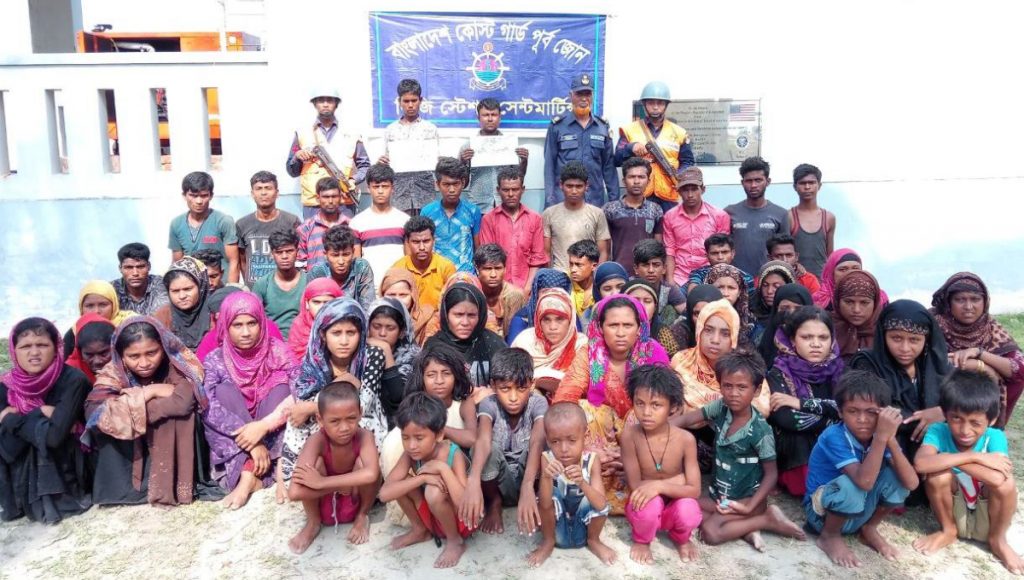 Chattogram, May 31 (UNB)— Bangladesh Coast Guard on Thursday rescued 58 Rohingyas, mostly women and children, from the deep sea while they were being trafficked to Malaysia.

Two suspected traffickers were also detained from the South of St Martin’s Island.

In a media statement on Friday, Coast Guard said that they rescued the victims after learning about the trafficking bid. The boat was stranded in the deep sea having run out of fuel and food.

The Rohingyas said they started for Malaysia five days ago and anchored near St Martin’s Island to catch another trawler.

Most of the Rohingyas in the trawler had fallen sick due to lack of food and torture by the traffickers.

Coast Guard rescued them and sent them back to their respective camps, Assistant Director of Coast Guard Lieutenant Commander BNM Hamidul Islam said.

The human traffickers and the trawler have been handed over to Teknaf police.