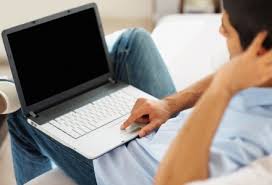 Dhaka, Sept 16 – The government has so far dissolved a total of 655,220 e-mutation cases through online against 10 lakh application for it within only one and half a month of introduction of the system.This was informed at a press conference over the research results of evaluation on capacity of e-mutation. The Land Ministry is implementing the project in assistance with A2I project and Land Reform Board.
The conference held at the Ministry of Land yesterday also informed that the e-mutation is being implemented now at 485 Upazila land offices and circle offices and 3,617 union land offices and 10815,939 beneficiaries are getting service from the e-mutation.
The implementation of cent per cent e-mutation except three hill districts began on July 1 this year to ensure transparency and accountability in land services.
Speaking at the press conference Land Minister Saifuzzaman Chowdhury termed the government initiative of digitization of land services a landmark one saying that the people would get 100 per cent land related services digitally by 2021.
“After digitization of all land related services, the cases over land dispute would significantly be reduced,” he said.
He said the government has introduced the e-mutation since July 1 to reduce harassment in providing land related services.
The minister however said that the digitization of land registration is still a great challenge and there should be liaison in between the ministry of land and law to ease the process.
He said the land ministry would soon introduce a hotline to hear if anyone faces any difficulty to get the digitization facilities.
Replying to a question, he admitted that there are still some problems in issuance of e-mutation due to server problem in some areas and lack of broad band line in each land offices.
He however hoped that the government would soon reach fiber optic internet line at all union.
The Minister said now people can apply for e-mutation by browsing at www.land.gov.bd by sitting at their own homes or from nearby land offices.
The land office now easily can dissolve mutation related dispute through only easily, quickly and without error, he added.
State Minister for Information and Communication Technology (ICT) Zunaid Ahmed Palak said with implementation of e-mutation 70 per cent of time would be saved.
He also said that with digitations of lands, the number of land related cases would be reduced.
Palak thinks, the corruption would also be reduced with cent per cent digitations at all levels.
Chairman of Land Reform Board Ummul Hasna, among others, was also present at the press conference. – Staff Reporter