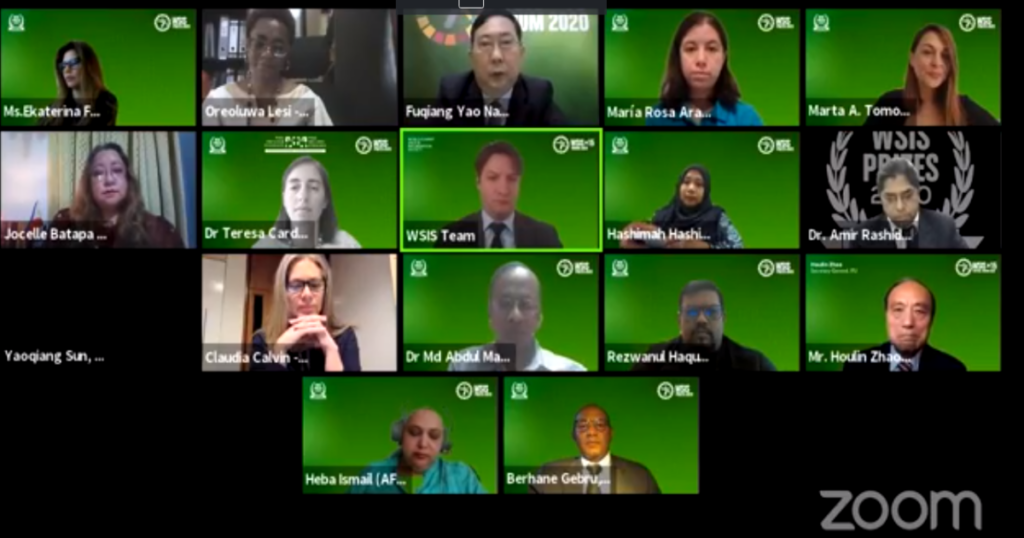 Dhaka, Sept 10 – The a2i Programme has succeeded at the World Summit on Information Society (WSIS) awards for the 7th consecutive time. Two projects of a2i were declared champions in two different categories, said a press release on Thursday.
The e-commerce initiative ‘EkShop’ (ekshop.gov.bd) claimed the top prize in the ‘e-Business’ category and ‘Collective Intelligence Platform for Skills, Employment and Entrepreneurship’ (skills.gov.bd) was declared champion in the ‘e-Employment’ category.
Names of the final winners were announced at the end of the selection process and online voting process after applications are received from a number of countries.
Applications were accepted in 18 categories, with 354 of 762 applications receiving nominations.
Of those nominated, 18 were declared winners and 72 as champions. Two Bangladeshi projects were champions while one earned the winner prize.
This year, the prize distribution and closing ceremony could not be hosted due to the COVID-19 pandemic. Instead, winning projects were announced virtually and representatives of the winning projects attended the virtual session on Thursday.
Dr Abdul Mannan PAA, Project Director (Additional Secretary) of a2i and Rezwanul Haque Jami, Team Lead – Rural e-Commerce of a2i represented a2i in the event.
Dr Mannan said, “It’s an honour for us to win the WSIS award for seven consecutive years. During this pandemic, the a2i Programme of the Government of Bangladesh has introduced virtual classes on technical and vocational subjects for youth to obtain skills and to fulfill our Honourable Prime Minister’s dream of Digital Bangladesh.”
The WSIS Prizes, given by the International Telecommunication Union (ITU), recognise individuals, governments, civil society, local, regional and international agencies, research institutions and private-sector companies for leveraging the power of technology that promote basic and human welfare. – UNB